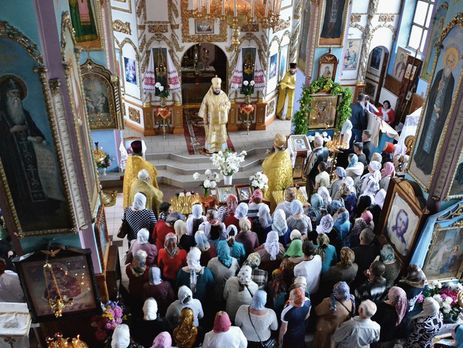 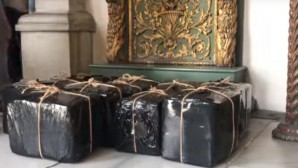 Sixty thousand appeals from the faithful of the Ukrainian Orthodox Church were handed over to the secretariat of Patriarch Bartholomew of Constantinople. The documents contain an appeal that the request made by Ukrainian politicians to Fanar to grant autocephaly to the Orthodox Church in Ukraine be considered exclusively within the framework of canon law, the UOC information and education department has reported.

The dozens of thousands of appeals were signed by the faithful in May, with the first ten thousand appeals conveyed to Istanbul in the beginning of the month and fifty more appeals handed over during the pilgrimage of a group from Ukraine led by Bishop Pimen of Dubno, which took place from May 21 to 26, 2018.

‘Representing the will of the clergy, monastics and laity of our Church who hope that the church problem in Ukraine will be solved canonically by the way established by the apostles and fathers of the holy Church, we have conveyed a written appeal to the Patriarch of Constantinople’, His Grace Pimen said.

During the visit, the representatives of the Ukrainian Orthodox Church worshiped at the Liturgy presided over by Metropolitan Apostol (Daniilidis).

Among the 130 pilgrims were parishioners of churches captured by ‘the Kiev Patriarchate’. They also conveyed over 30 appeals from communities in the Zhitomir, Ternopol, Rovno and other regions. In their appeals they described in detail the real state of affairs in parishes. All the appeals are confirmed by documents, photo and video materials registering gross violations of the religious rights of believers, the official website of the Moscow Patriarchate reports with reference to the Pravoslavnaya Zhizn internet edition.