Source: Father of the Blue Mountains
The problem with smoke is that it causes tears and blurs your vision. And so it is with those who come through tribulation and reek with the smoke of bitterness and resentment. They cannot see anything very clearly.
Archpriest John Moses (+2019) | 15 October 2014 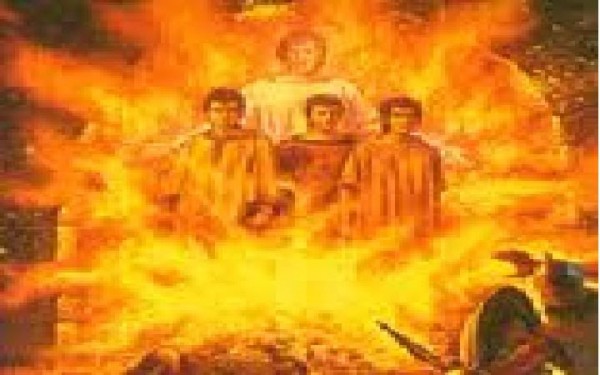 Some time ago, I heard a protestant minister talk about the Old Testament story of the three youths who were cast into the furnace. I had read the story many times, but this minister pointed to something that I had never considered.

Shadrach, Mesach, and Abednego came out of the furnace and the Bible says that they were not even singed by the fire. Even more, they did not smell of smoke.

The protestant minister pointed out that we all go into the furnace of tribulation This story teaches us that the Son of God will be there in the midst of the fire to protect us from destruction.

Yet, even with this wonderful experience of Gods help and protection, many of us come out of the furnace reeking of smoke. In other words, we come out of trials and tribulations with the stink of bitterness, resentment, irritation, and a remembrance of wrongs.

Well, we understand how this can happen. It seems most natural that we would respond in this way. After all, in most cases, we feel that the tribulation was uncalled for, we didnt deserve it, what purpose did it really serve, etc. As the Bard says, we feel that we have suffered “the slings and arrows of outrageous fortune.” Where is God in that?

Beyond this bit of self-pity, we need to consider the impact of bitterness and resentment on our spiritual life, upon others, and upon the Church. Older readers will remember the song that includes the line “smoke gets in your eyes.” Forgive my shameless use the idea.

The problem with smoke is that it causes tears and blurs your vision. And so it is with those who come through tribulation and reek with the smoke of bitterness and resentment. They cannot see anything very clearly. For example, those who stink of bitterness cant see that they repel people who truly want to love them. They dont know that it is their own bitterness that is causing their isolation and loneliness.

Above all, bitter and resentful people cant see God clearly. Even though He met them in the midst of their trials, bitterness and resentment now make them question if God was ever with them. They begin to think of God as hard, cruel, vindictive, and capricious.

We also need to consider what a spirit of bitterness and resentment does to the fellowship of the Church. Simply, it creates small currents of discontent that eventually swell up like a tidal wave that can destroy us all. Instead of “building up one another in love”, our bitterness, remembrance of wrongs, and petty resentments only tear down and destroy. People drawn to the Faith will come to visit, but the smell of “smoke” (not incense), will be apparent to them. If they have any sense, they will not return.

While I will have much to answer for when I stand before the judgment seat of Christ, I determined that I would do my best to build up the Church. I prayed that I would never have to answer for schism or for dividing the Body of Christ. That meant, above other things, that I would have to come out of any trials or tribulations free of smoke.

Sometimes, tribulations came by my own foolishness. Sometimes, trials came from family. Often, tribulation came from someone in the Church that I loved and had tried to serve. My first human response was to be bitter. How I longed to go over and “tell them off” so that I could avenge my “honor” and demonstrate how right I had been in the matter (a wrong assumption, most times). But the Lord constantly reminded me of my promise to put His Church and His honor above my own. And so by His Grace, I wiped the smoke from my eyes.

How are you doing? Are you a smoke-free Orthodox Christian? One way to tell is to observe if others smell it when you are around. Ive never been a smoker, but most of my family smoked tobacco. I never realized the pervasive odor of smoke until I would be away from home for a while. When I returned home, the house would literally stink. I would try to explain it, but the smokers would always deny it. They just couldnt smell it. In later years, when I would send the wife and kids home to visit, upon their return, their clothes and suitcases reeked of smoke.

Smelling the smoke is an important piece of self-discovery. I am sure that you dont want to answer for it when you stand before the Lord. Being free of smoke is both a gift of God and an act of will. Which is greater, the honor of God or your honor; your being “right”, or the peace of the Church; your vengeance, or the well being of your brother/sister in Christ?

(A little side note – when someone asks if I smoke, I now say, “only in church!” Its an inside Orthodox joke!)