SPC condemns staging of the Pride Parade in Belgrade

Source: inSerbia
Natalya Mihailova | 23 September 2014
BELGRADE – The Serbian Orthodox Church (SPC) opposes and condemns the staging of the Pride Parade, which it qualifies as a “shameful“ gathering imposed on Serbia and Belgrade. 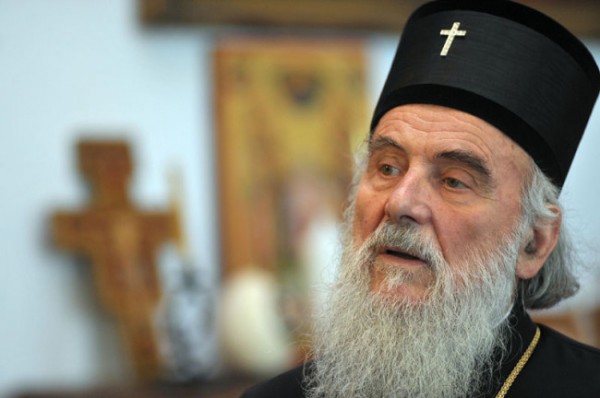 “You have the right to stage a parade, but only at your own expense and at the expense of those who give you instructions, no matter how you call them… but not at the expense of Serbia – bombed, devastated, morally and economically ruined, impoverished, flooded, publicly shamed,” SPC states in a release signed by Patriarch Irinej.

Should the state on the verge of poverty spend millions on a “fundamentally absurd parade”, to safeguard “a handful of citizens” and their guests, marching a few hundred meters in downtown Belgrade, asks SPC.

“The organizers of such a display and their European mentors refuse to learn from the outcomes of the previous parades,” stresses the patriarch, pointing to the danger of the event “for both sides”.

SPC asks the organizers and participants of the parade if the protection of their private rights may and can be realized “by mocking and offending moral values of the vast majority of humankind”.

“If gay sexual orientation is justified and should be promoted, then why wouldn’t the same apply to pedophilia, which is widespread in the western world, incest… Why are their rights inferior to your so-called right of sexual (dis)orientation,” SPC asks in the release.

Are you so blinded by lust and egotism that you do not mind the enormous and unfounded costs of staging the parade, the release reads.

SPC also posed a question to the organizers if they are trying to impose their own lifestyle on others, “particularly on innocent children and inexperienced youths”, which is the reason why “their parents and teachers are rightly concerned”.