Source: DECR
Natalya Mihailova | 01 April 2015
March 30, 2015 – The Special Inter-Orthodox Commission for preparing documents for a Pan-Orthodox Council began its 3d session at the Patriarchate of Constantinople’s Orthodox center in Chambesy. 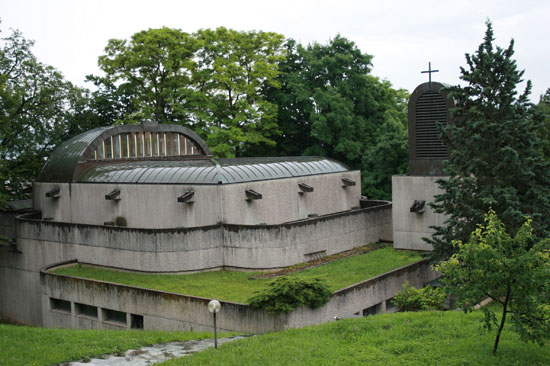 With the blessing of His Holiness Patriarch Kirill of Moscow and All Russia, the Russian Orthodox Church is represented at the session by a delegation led by Metropolitan Hilarion of Volokolamsk, head of the Moscow Patriarchate department for external church relations. The delegation includes Archpriest Nikolay Balashov, DECR vice-chairman, and Deacon Anatoly Churyakov, a DECR interpreter.

The 3d session is to finalize its work to review a Pan-Orthodox Council’s draft document on Contribution of the Orthodox Church to the Triumph of Peace, Justice, Freedom, Brotherhood and Love among Nations and the Elimination of Racial and Other Forms of Discrimination – the work the Commission began at its 2nd session. It will also edit other draft decisions of the Holy and Great Council of the Orthodox Church.

The opening of the session was preceded by two-day work of the drafting committee from March 28-29, chaired by Metropolitan Amfilohije of Montenegro and the Costlands, Serbian Patriarchate. From the Russian Orthodox Church the committee meeting was attended by Archpriest Nikolay Balashov along with representatives of the Orthodox Churches of Antioch, Jerusalem, Romania and Greece.

The Special Inter-Orthodox Commission meeting is chaired by Metropolitan John of Pergamon, Patriarchate of Constantinople, It is attended by delegations of the Patriarchates of Constantinople, Alexandria, Antioch, Jerusalem, Georgia, Serbia, Romania, Bulgaria, and Orthodox Churches of Cyprus, Greece, Albania, and the Czech Land and Slovakia.

Most viewed articles
Patriarch Kirill: Not Only People, But Churches Too, Can Depart from God217
A Christianity of the Catacombs182
The Truth About Riches111
Thoughts on Theophany and Revelation106
Archbishop Makarios of Australia: ” the Great privilege of the Orthodox Church is that we live in communion”68
Metropolitan Onuphry Speaks on How to Protect One’s Soul From Sin50
Most millennials, Gen Z adults support bans on abortions when baby’s heartbeat is detected: poll27
How to live the Spiritual Life (Part I)1
Most popular authors
Pravmir.com team362
Archpriest Lawrence Farley182
Fr. Gabriel Bilas111
Elissa Bjeletich106