Source: DECR
Natalya Mihailova | 18 February 2015
February 16, 2015 – the Special Inter-Orthodox Commission for preparation of a Pan-Orthodox Council started its second session at the Patriarchate of Constantinople’s Orthodox Center in Chambesy near Geneva. 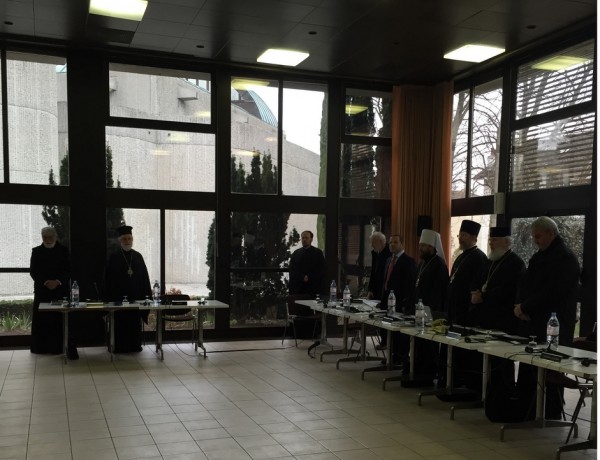 The commission established by the Primates of Local Orthodox Churches at their meeting on March 6-9, 2014, in Istanbul, will continue the work to edit draft documents of the Holy and Great Council of the Orthodox Church. The commission started this work at its first session which took place on September 30 – October 3, 2014.