Source: DECR
Natalya Mihailova | 17 December 2015
On 16 December 2015, the Special Inter-Orthodox Committee for the Preparation of the Pan-Orthodox Council met in Athens. 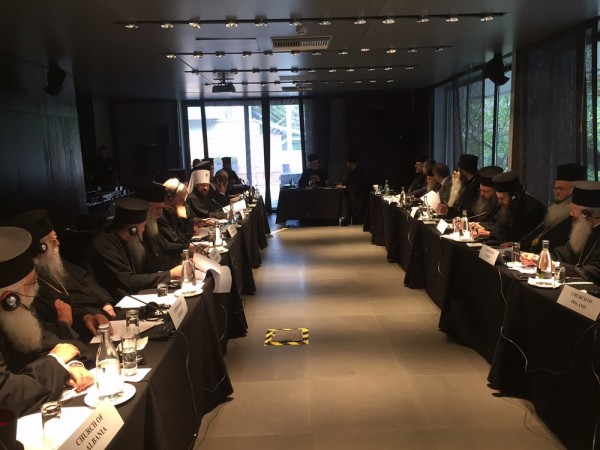 The Committee is to draw up draft procedure rules of the Holy and Great Council of the Orthodox Church.

With the blessing of His Holiness Patriarch Kirill of Moscow and All Russia, the Russian Orthodox Church is represented at the meeting by a delegation led by Metropolitan Hilarion of Volokolamsk, chairman of the Moscow Patriarchate’s Department for External Church Relations. The delegation also includes archpriest Nikolai Balashov, DECR vice-chairman, and Rev. Anatoly Churyakov, DECR interpreter.

The sessions are chaired by Metropolitan John of Pergamon (Patriarchate of Constantinople).

The other Local Orthodox Churches are represented by the delegations consisting of:

The Special Inter-Orthodox Committee will continue its work till December 18.