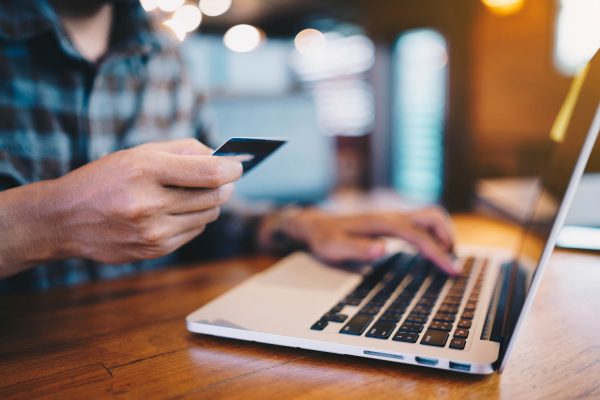 The Christian walk can be tough.

You try to do the right thing, live the right way, follow the fasts, say your prayers, but then your car won’t start. You’re stuck in the cold without a way to get to work or school and life just became more complicated.

Sometimes, being a Christian seems like an impossibility. After all, it takes a lot to survive in this world, let alone be successful.

With such difficulties, you start to puzzle over what God really wants from you.

Even though scripture says you’ve been given blessings from God, you wonder how you’re supposed to use them.

You wonder if you have to take a leap of faith just to discover God’s plan for your life.

Well, in Sunday’s Gospel reading, we heard about three slaves who were entrusted with the master’s money, but one of them failed to invest it.

From this, we see the Good News: God has given us the means to be faithful stewards, yet he’s encouraging us to take a risk!

The Story of the Third Slave

Sunday’s selection began with Jesus telling a parable. And, on the surface, it seems simple enough.

Jesus is speaking about the nature of the Kingdom, which he compares to three slaves.

Their master had to leave on a trip and he entrusted these slaves with varying amounts of his money. To the first he gave 5 talents, to the second 2 talents, and, finally, to the third he gave 1 talent.

The expectation was that they would use these talents to increase his wealth.

In the ancient world, this was a common practice enshrined in Roman law. It was called peculium. Everyone understood that the original sum of money belonged to the master as well as any profit earned from it.

When the master returned, he called upon the slaves to see how they faired. The first two had increased the master’s wealth and they are rewarded for doing so.

But, the third slave went and buried his talent.

I know what you’re thinking! Who would do such a thing?

Well, this was actually quite a common practice in the ancient world. In fact, many rabbis of this era encouraged people to bury money as a safe way of protecting wealth. After all, it’s better than keeping it in a sack!

But, the master was not impressed.

‘You wicked and slothful slave! You knew that I reap where I have not sowed, and gather where I have not winnowed? Then you ought to have invested my money with the bankers, and at my coming I should have received what was my own with interest. (Matthew 25:26-27 Edited RSV)

Now, I imagine this sounds logical to you–after all, this is how our economy works.

When you were young, your parents probably told you to go and educate yourself and do better than they had.

So, after high school, you enrolled in college. But then you realized that it costs a lot of money to go to school, so you took out a loan.

After school, you found a decent paying job and started a family. But, then you realized that a family grows and it takes money to provide a nice roof over their head, so you went to the bank and took out a mortgage.

And, perhaps, as you became more successful, you decided to start your own business. So, again, you went to to the bank and, this time, took out a business loan.

Our American economy is founded upon credit–loans and interest. It’s how the whole thing works.

So, when the master tells his slave that he should have gone to the bank and invested the money–by letting them loan it out at interest–it sounds reasonable to you.

But, there’s a twist.

Good Judeans in the fist century didn’t operate this way.

In fact, they were forbidden from loaning money with interest.

“If you lend money to any of my people with you who is poor, you shall not be to him as a creditor, and you shall not exact interest from him. (Exodus 22:25 RSV)

Why? Well, it’s in complete opposition to charity.

When someone is in need, God asks us to help them without any expectation of receiving in return, not give them money with the expectation of making money yourself.

So, now, we have a quandary.

The parable challenges you to be a good steward of what God has given you, but it does so by encouraging you to break the Law!?!?!

What are we to make of this?

First, it’s helpful to ask: what do the talents represent? What have we been entrusted with?

In other words, what blessings have we received?

To answer this, we jump forward in Matthew’s gospel to the verses that immediately follow our passage here. If we do this, we come to the story of the “Judgment of the Nations.”

The point is obvious.

Then the King will say to those at his right hand, ‘Come, O blessed of my Father, inherit the kingdom prepared for you from the foundation of the world; for I was hungry and you gave me food, I was thirsty and you gave me drink, I was a stranger and you welcomed me, I was naked and you clothed me, I was sick and you visited me, I was in prison and you came to me.’ (Matthew 25:34-36 RSV)

Simply put, we are to help those in need.

There’s no mention of believing the right thing, having the services memorized, or even having correct theology and dogma.

Instead, we’re encouraged to put faith into action. This, according to the passage, is how we are to inherit the kingdom.

This should come as no surprise. The Psalms remind us of this over and over.

For he delivers the needy when he calls, the poor and him who has no helper. He has pity on the weak and the needy, and saves the lives of the needy. From oppression and violence he redeems their life; and precious is their blood in his sight. (Psalm 72:12-14 RSV)

The parable is showing us that our “talents,” the blessings we’ve received, is the Law of God, which tells us to love our neighbor. And when we do that, we’ll inherit the kingdom!

The question is, will we “invest” our “talents” by helping our neighbor, or will we bury them in the ground so they remain unseen?

Now, you might say, this doesn’t address the first issue–that of bankers and interest!

What does Jesus say?

Then you ought to have invested my money with the bankers, and at my coming I should have received what was my own with interest. (Matthew 25:27 RSV)

Let’s zoom in on the word “bankers.”

In Greek, it’s τραπεζίτης, which comes from the word for “table.”

Where else, in scripture do we talk about a table?

Fr. Paul Tarazi elaborates for us:

The noun trapeze means basically “table” and occurs in the New Testament mainly in conjunction with table fellowship between Jews and Gentiles, i.e., the Eucharistic gathering. This intention is made clear in Matthew, which changes the Lukan trapeze into trapezitais(bankers) which could also mean “commensals, table-fellows” so that the master’s saying may be rendered as “you ought to have invested my money with the [your] table-fellows.” [Paul Nadim Tarazi, Matthew and Canon (St. Paul: OCABS Press, 2009), pp. 260-1]

We know that the Old Testament, the Mosaic Law, prevented the Judeans from investing money in order to gain interest. And, we now know that the word used in English for “banker” can also mean “table-fellow.” Since our context is scripture, which emphasizes the coming together of Jew and Gentile, Tarazi’s thesis makes sense.

The parable is not alluding to the third slave actually investing money as we would today in a physical bank–after all, that was forbidden by the Law.

What he’s really saying is that we need to invest in our neighbor and to invest in them with love. The more we invest, the better!

I want you to imagine a world where everyone knows scripture, inside and out.

Now, imagine if everyone eagerly followed the Bible’s instruction to invest in their neighbor with love. What would that look like?

This also means that people will be investing in you!

After all, you too are somebody’s neighbor!

Now, I want you to imagine what the world would look like if we were all like the third slave.

We’ve all been instructed to love and we’ve entrusted with this sacred commandment. But, instead of acting upon it, we buried it in the ground.

Perhaps it would be a reduction of scripture to academic study. Perhaps, it would reduce Orthodoxy to nothing more than a set of dogmas, published in books that gather nothing but dust. Perhaps it would mean argument after argument about religion on Facebook or in society.

However you imagine it, I know one thing. When the master returns, it won’t be a happy sight if we haven’t invested our love in one another.

With whom in your life can you invest a little love this week? How will you do that?

Where in your life could you use the love of a neighbor?

And, finally, do you recall a time when you received a neighbor’s love? How did that make you feel? How did it transform your situation? Why not pay that sort of love forward?

Most viewed articles
Getting an Early Start on a Late Pascha134
Fleeing To The Desert, A Little Bit106
The Light of Epiphany100
1 in 4 Youth Can’t Cope in Pandemic, Christian Mental Health Expert Says Peer Support Is Key63
El Mundo Includes Russian Orthodox Cathedral in the Six Most Beautiful Churches of Madrid60
Patriarch Kirill Speaks on the Power of Epiphany Holy Water60
2021 March For Life Becomes Virtual Event Over Safety Concerns Near Capitol and COVID Restrictions59
The Worst Year Ever – Or Was It?1
Most popular authors
Pravmir.com team183
Archpriest Thaddaeus Hardenbrook134
Archpriest Michael Gillis106
Priest Luke A. Veronis100
Andrea Morris59
Archpriest Geoffrey Korz1