On Sunday, February 9, 2014, a presentation about Spiritual Spring , a journal of the Western American Diocese of the Russian Orthodox Church Outside of Russia, was held in St Vladimir’s House in San Francisco, CA. 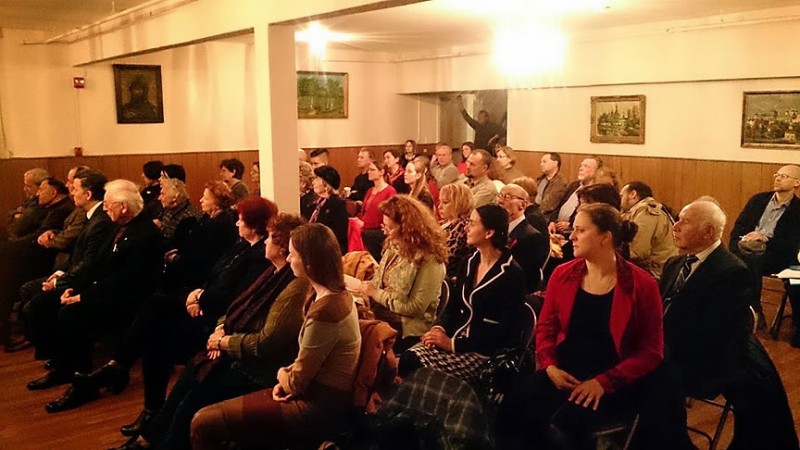 The idea of a diocesan journal, which would cover the life of the parishes of the Western American Diocese, arose long ago, and in February, 2013, His Eminence Archbishop Kyrill of San Francisco and Western America appointed an editorial committee, himself assuming the role of Editor-in-Chief. The publication is issued quarterly, and at the current time, two issues have been published. Each issue is dedicated to a particular theme: chosen for the first issue, which was published shortly after the Sunday of the Myrrh-Bearing Women, was the question of women’s roles and service in the Church, and the second issue was dedicated to the topic of fatherhood, as well as the 400th anniversary of the House of Romanov.

In the summer of 2014—the year in which the Church Abroad celebrates the 20th anniversary of the glorification of St John of Shanghai and San Francisco the Wonderworker—an issue is planned dedicated to this great saint.

The publication of the journal has been met with great enthusiasm, and the editors have received many positive comments and suggestions—both from the US and from several European countries, as well as from Russia. This is not surprising, since the quality of the journal’s contents is its strongest point. The editorial committee carefully selects authors and materials—articles, interviews, documents from archival sources, photographs and illustrations. The vast majority of the materials used are exclusive. 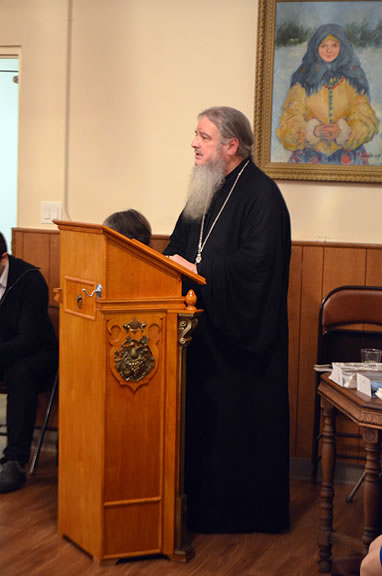 As the publication of the third issue approaches, the time had come to acquaint the readers of the journal with the wonderful group of people whose labors have made this publication possible.

The presentation was opened by the executive editor, Zoya Gradova, who thanked the sponsors of the event: the Consulate General of the Russian Federation in San Francisco, represented by Mr Vyacheslav Slavkin; St Vladimir’s House, represented by Michael Nikolaev, as well as everyone who has supported, and continues to support, the publication since its inception. Ms Gradova summarized the different sections of the journal, and explained how materials are chosen for them, and then introduced the journal staff: Hieromonk James (Corazza), member of the editorial board and Rector of the Old Cathedral in San Francisco; designer Evelina Phemister; content editors Natalia Ermakova (Russian section) and Lisa Joanna Smith (English section); media manager Julia Godzikovskaya; journalist Igor Polishchuk; Oxana Sapronova, subscription manager and author of a photo report about the St Herman’s Conference, to be published in the third issue, and translator Maria Wroblewski.

In his presentation, Hieromonk James spoke about the spiritual mission of the journal, and mentioned that he is extremely happy to be part of this team of professionals who are generously sharing their talents and time.

The formal presentations were interspersed with songs performed by Maria Alakrinskaya, the subject of an article in the first issue of Spiritual Spring , and by Kira Stakhovskaya, and the reading of original poetry by the author, Leonid Vinogradsky, who wrote an article for the first issue of the journal. During the intermission, the event participants were able to admire the scenic pictures of artist Stanislav Babyuk, who has enlivened the pages of the publication with his wonderful illustrations.

Igor Polishchuk, who joined the team only recently, shared his thoughts about the opportunities which the journal presents for our youth. In a way, it is a playing field, where young people can express themselves, get answers, and initiate discussion on topics that concern them. Both Igor Polishchuk and Julia Godzikovskaya mentioned the special importance of the eventual publication of the journal on the Internet, and of the expansion of its subscription list: the journal is in need of financial support. The Spiritual Spring website is currently under construction, but the latest news on the journal’s Facebook page can be found at: facebook.com/SpiritualSpring