Splashes of religiosity characterize war years in the USSR, the Patriarchate official says 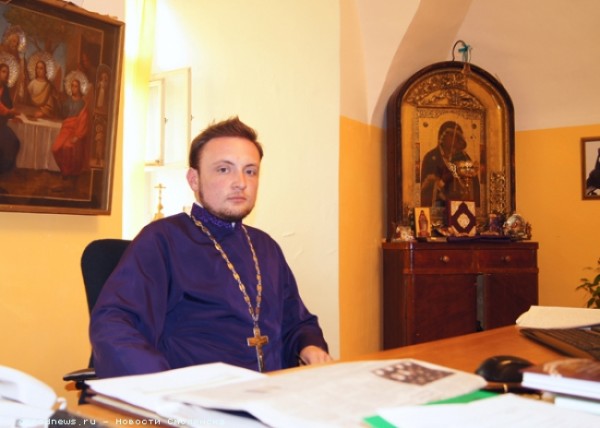 “Documents on the Smolensk Region to a certain degree disprove a widely spread statement that preferably the elder generation, especially villagers, went to church in war years. There is information that young people were active churchgoers participating in rites and sacraments,” executive secretary of the Moscow Patriarchate administration Hieromonk Serafim (Amelchenkov) said at an international conference in the Russian Academy of Sciences.

According to him, the Church and spiritual guidance were in great demand.

“Numerous requests from citizens to authoritative agencies to open new churches witness to it. Such a phenomenon was a trend in the whole Soviet Union,” the priest said.

He reminded that to win a victory the Soviet government used all resources including temporary correction of the Bolshevik course referring religion.

“Religious factor had a special importance for realizing the plans of the state on liberated territories. Efforts of the Church to settle the questions of orphanage, care for the injured, collecting products for them allowed the state to focus on the important defensive tasks,” the Patriarchate official said.

At the same time, the Church got a unique chance to restore its structure and strengthen its positions in society through extending patriotic activities, he said.

However, according to the speaker, as the party and the state system were strengthening and the victory became closer, persecutions against the Church started again.