Source: Greek Reporter
Natalya Mihailova | 19 November 2015
The Holy Myrrh-bearers Greek Orthodox Church located only minutes away from St. Cloud State University in the United States has once again become the target of vandals. The incident took place on Friday, November 13, around 5 am. 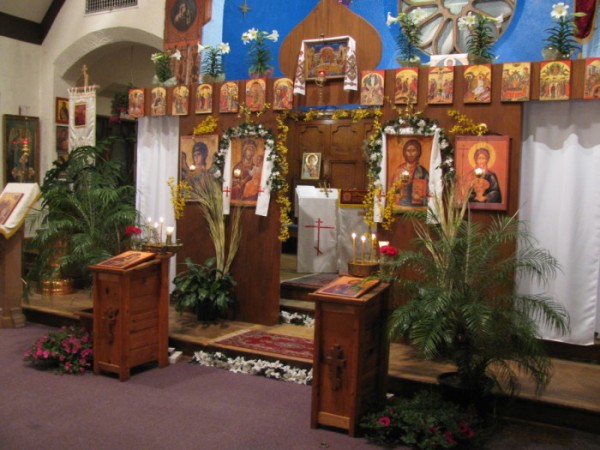 Reverend Nathan Kroll estimated that the damages caused by the vandals amount to 500 dollars. The damages list included a smashed glass door and a kicked-in window. “It’s almost become routine,” Kroll said to the St Cloud Times. “This was so dramatic because it was the door, which really makes a visual impact.”

“My heart was broken this morning to find our church vandalized, yet again. … I have lost track of the number of times we’ve been victimized,” he added in an email.

The reverend mentioned that over the years the church has been vandalized multiple times. Only a few months ago, another three windows were broken, while the vandals also stole an icon statue from the church. In fact he estimated that the damages cost the church about 1,000 dollars each year.

After this most recent incident, the local police department was notified and a report on will be released shortly. However, Kroll noted that he doesn’t see the point in informing the police and the parishioners every time that vandalism takes place, since usually there is nothing that can be done.