Source: DECR
Natalya Mihailova | 05 May 2014
With the blessing of Metropolitan Hilarion of Volokolamsk, chairman of the Moscow Patriarchate’s Department for External Church Relations, the St Gregory the Theologian Charity Foundation will transfer three hundred thousand roubles to the Odessa diocese to help the families of those who died or was injured during the bloody clashes in Odessa on the 2nd of May 2014. 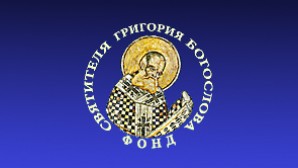 The developments of that day led to a tragedy, with numerous people having fallen its victims. According to the latest data, forty-six people died during the clashes and the fire in the House of Trade Unions, and at least two hundred people sought medical aid.

Odessa mourned over the dead for three days.

Most viewed articles
Metropolitan Hilarion of Eastern America and New York to Be Buried in Jordanville on May 22175
Patriarch Kirill: The Peoples of Russia and Ukraine Have No Interest in the Conflict166
Communion restored between the Serbian Orthodox Church and the Macedonian Orthodox Church – Ohrid Archbishopric119
Metropolitan Hilarion of Eastern America and New York Reposes in the Lord118
What Do We Celebrate at Mid-Pentecost?102
Celebrating 100 Years with Paschal Joy64
Patriarch of Serbia to Concelebrate with Archbishop Stephen of Ohrid43
Family Life and Spiritual Warfare33
China’s Internet Clampdown Is Step Closer to ‘Cancelling Christianity’14
Concelebration of Divine Liturgy by the Serbian Patriarch and Archbishop of Ohrid in Belgrade (VIDEO)14
Most popular authors
Pravmir.com team635
Ioannis Foundoulis102
Priest Luke A. Veronis64
Archpriest Michael Gillis33
Donna Birrell14