Source: The Calvert Journal
Natalya Mihailova | 14 January 2017
St Petersburg's governor, Georgy Poltavchenko, has announced that St Isaac's Cathedral — officially a museum — will be handed over to the Russian Orthodox Church. 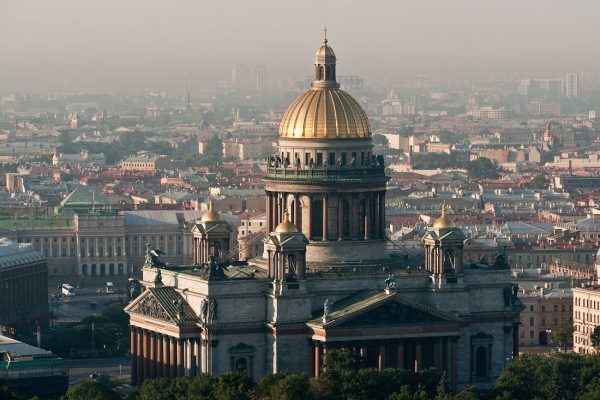 Russia’s TASS agency has reported that the Orthodox Church will receive the 49-year lease free of charge, citing a statement by St Petersburg’s Property Affairs Commission. Nikolay Burov, director of St Isaac’s Cathedral Museum, assures that during the transfer period, which could last up to three years, the museum will continue to take responsibility for all maintenance costs.

Among the biggest changes will be the removal of a charge for entering the cathedral, which currently costs 150 — 250 rubles ($2.5 — $4.5), while paid tours will continue.

The decision to transfer the cathedral to the Russian Orthodox Church has been met with considerable opposition. This is largely due to fears that the organisation will be unable to adequately maintain the building — partly because of the huge expense of maintaining it, the building has always been the property of the government.

St Isaac’s Cathedral is an iconic landmark and one of St Petersburg’s most popular attractions, welcoming 3.5 million tourists every year. The building, which was completed in 1858, is on the UNESCO World Heritage List  and is the world’s fourth-largest cathedral.