Source: Interfax-religion
Natalya Mihailova | 02 May 2017
Moscow, May 2, Interfax - Patriarch Kirill of Moscow and All Russia told about unprecedented popularity of St. Matrona of Moscow in Russia. 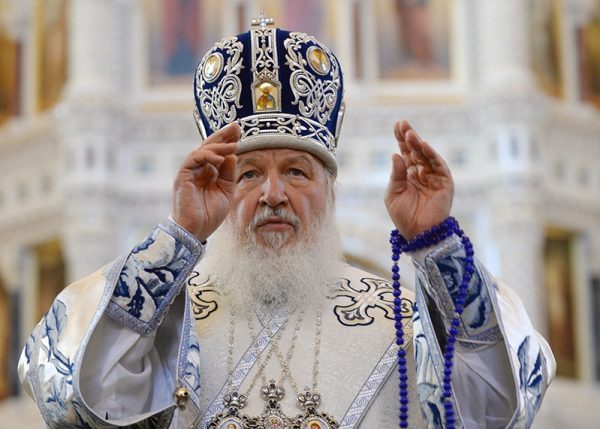 “Who of these great, powerful, honored people are visited by so many people as blind old woman Matrona, who had spent all her life in a small bed? No governor in the world meets many thousands of pilgrims, no one does not sleep at night only to touch his tomb,” the patriarch said on Tuesday after the Liturgy in the Protection Monastery celebrated on the 65th anniversary of St. Matrona’s decease as her relics are kept in the monastery.

According to him, thankful memory is sometimes kept about certain outstanding people.

St. Matrona was born in 1885 in the Tula Region. From her birth she was not just blind, she even did not have eyes, but the girl had a gift of spiritual sight. According to her life story, from her early years she was able to know not only human sins and crimes, but even thoughts. She felt the danger, predicted natural and public calamities. Through prayers to her, people were healed and received consolation.

Matrona moved to Moscow in 1925 and lived there till the end of her life. On May 2, 1952, her earthly way ended. She said before her death: “everyone should come to me and tell me everything about your troubles as if I were alive, I will see you, hear you and help you.”

Matrona predicted that a few people will come to her tomb after her death, but many years after people will learn about her and crowds would come to get help in their troubles and ask to pray for them. It happened the way she predicted: people always stand in a long line to the saint’s relics and ask her to help.

She was canonized in a list of all-Church saints in 2004.