St Seraphim Sisterhood in Sea Cliff, NY, is Gathering Humanitarian Aid for the Refugees of Ukraine 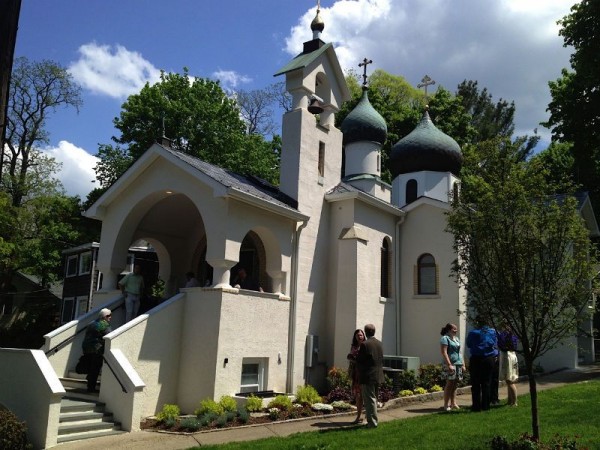 In October of 2014, St Seraphim Parish in Sea Cliff, NY, the Memorial Church to the Restoration of Unity within the Russian Orthodox Church, marked the 60th anniversary of its founding. Most of the founders were recent refugees from war-torn Europe. A good portion of them were also emigres who fought with the White Army during Russia’s Civil War, and they donated icons commemorating their regiments. Relatives of General Peter Wrangel, including his daughter, Natalia, were long-time parishioners.

As in the other parishes of the Russian Orthodox Church Outside of Russia, there are representatives of the many nationalities of Russia at St Seraphim Church. No one would think of dividing the Russian nation into Belarussions, Russians and Ukrainians. Parishioners still remember that the officers of the Russian Army under General Wrangel spoke Ukrainian and sang Ukrainian songs… The parish had a school where new generations learned about Orthodox Christianity and great Russian culture. Children sang the rich legacy of Ukrainian Christmas carols, and performed such plays as Nikolai Gogol’s May Night, which was always perceived as part of our common culture. Everyone prayed for the emancipation of the Russian nation from the godless regime.

The flock of the Russian Church Abroad were filled with hope when the Soviet regime fell in 1991. No one could have guessed that the process of rebirth would have been so long and painstaking.

In today’s horrifying situation, Christians in the Russian Orthodox Church throughout the world pray for the end of the internecine strife and try to do everything possible to provide humanitarian aid.

St. Seraphim’s sisterhood began collecting humanitarian aid less than two months ago, and has already managed to ship an enormous amount of goods through Aero Deluxe Shipping Inc, whose ownere, Pavel Gennadievich Kalinovsky, donated a 40-foot container and paid the shipping and warehouse charges. When the container is filled, it will be sent to the Ukrainian Orthodox Church for distribution to the needy. Monetary donations are also being collected.