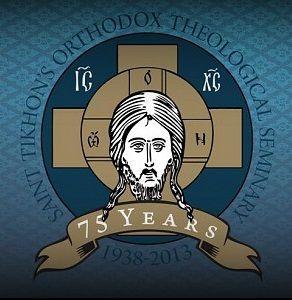 Saint Tikhon’s Seminary here recently announced that its annual Fall Lecture Series will be held on Tuesday evenings throughout the month of October.

On October 7, Archpriest Stephen Freeman, author of Everywhere Present: Christianity in a One-Storey Universe and the award winning blog “Glory to God for All Things” will speak on “The One-Storey Heart: Christianity with a Single Mind.”

Priest Andrew Damick, a 2007 St. Tikhon’s graduate, will speak on “The Transfiguration of Place: An Orthodox Christian Vision of Localism” on October 14.  Father Andrew is the author of the best-selling Orthodoxy and Heterodoxy: Exploring Belief Systems Through the Lens of the Ancient Christian Faith and An Introduction to God: Encountering the Divine in Orthodox Christianity and hosts the popular “Roads from Emmaus.”

“Saved Together: Practical Asceticism and Family Life” will be the topic of a lecture by Priest Joel Wier on October 21.  A 2010 Saint Tikhon’s graduate, Father Joel is a devoted pastor, missionary, and instructor at Hagia Sophia Classical Academy, Indianapolis, IN.

Priest John Oliver, a 2004 Saint Tikhon’s graduate and author of the best-selling Touching Heaven and the newly released Giver of Life: The Holy Spirit in Orthodox Tradition, will speak on “Blessed Violence: Caring for a World in Crisis.”  He also hosts the popular “Hearts and Minds” podcast.

All speakers will be available to sign copies of their latest books.