Source: The Morning Offering
The black man and the Jew, are my brothers
Abbot Tryphon | 23 August 2017 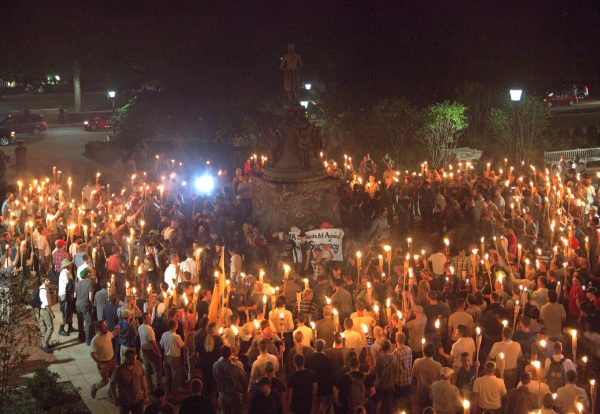 The un-Christian rhetoric and violent actions demonstrated in Charlottesville, Virginia, have demonstrated clearly the tragic climate of moral decay that has overtaken our country. The ultra left and the ultra right committed horrendous violence against one another, a scene that is being replayed throughout the land. The Church, in all her God given authority, stands firmly in opposition to the racial hatred that is at the core of the “white supremacy and white nationalism” that has spewed out hatred of blacks and Jews. As Orthodox Christians, we believe that every human being is a child of God, created in His image and likeness, and therefore we are all brothers and sisters whatever our race, nationality or creed.

Jesus Christ rebuked his disciples when they suggested that he violently retaliate against his enemies. “You do not know what manner of spirit you are of. For the Son of Man did not come to destroy men’s lives but to save them.”  (Luke 9:55-56). The Church offers to all, without exception or condemnation, the path to forgiveness and peace in Christ. All the while  rejecting the hatred and violence that has appeared on all sides of the political spectrum.

The Orthodox Church is committed to a ministry of reconciliation, insisting that all her clergy and faithful hold fast to the Christian message of healing, salvation and love offered by Christ, who is the Way, the Truth and the Life. She exhorts our clergy and faithful to reject any attempts by individuals or groups to claim for themselves the name of “Orthodox Christian” in order to promote racism, hatred, white supremacy, white nationalism or neo-Nazism. This is in keeping with the Holy Gospels, the decisions of the Holy Councils and the experience of the Saints.

There is also the subtle and corrosive behavior of the ultra left that is also destroying the moral and governmental foundations of western civilization (abortion, unabashed disrespect and violation of the rule of law, coercion of those who disagree through the vehicle of the social media, etc.)

Membership in the Church is not, nor has it ever been, restricted to those of a particular race or nationality. Quite the contrary, the Church has historically, and continues to this day, to welcome all in the multicultural and multi-ethnic context of North America. Saint Justin Martyr, writing at a time when Christians were persecuted in the second century, said, “We used to hate and destroy one another and refused to associate with people of another race or country.  Now, because of Christ, we live together with such people and pray for our enemies.”

May that same spirit be ours today as well, that we, as Orthodox Christians, embrace our neighbors, be they black, asian, Native American, Islamic, or whatever, as our brothers and sisters. As Christians, me must recognizes that black lives matter, just as all lives matter, and commit to reaching out to everyone in the love of Christ, ever recalling the words, “There is neither Jew nor Greek, there is neither slave nor free, there is neither male nor female; for you are all one in Christ Jesus (Galatians 3:28)”.