Racism Has No Place in the Life of a Christian 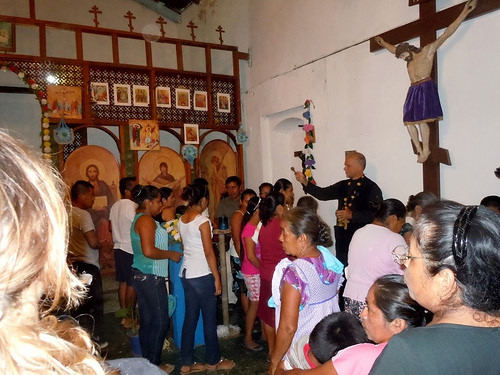 It is important to understand that genetically, all humans are of but one race. Indians, Arabs, Jews, Caucasians, Africans, and Asians, are not different races, but rather, different ethnicities of the human race. God created all humans with the same physical characteristics, with only minor variations. Furthermore, He created all humans in His image and likeness (Genesis 1:26-27), and has invited all of us to enter into communion with Him. A black man is just as much my brother as a fellow Norwegian with blue eyes like mine.

In the Book of Acts we read that with the coming of the Holy Spirit, diverse expressions of languages were being spoken. And in Revelation we see a glimpse of eternity with men and women from every tongue, tribe, and nation making up the choir of eternal praise (Rev. 7:9). That the writers of Scripture took notice of ethnicity, and saw diversity as good, makes it impossible for the Christian to hold to thoughts of racial superiority, or separation of the races.

How can we hold to racist ideologies when even the Apostle John hinted at prejudice concerning Jesus, “Can anything good come out of Nazareth (John 1:46)?” How can we dare hold to racist opinions when the Lord Jesus Christ presented parables which even offended the religious leaders of His time? The Parable of the Good Samaritan (Luke 10) and the story of the Samaritan woman at the well (John 4) make it impossible for us to hold to ideas of ethnic superiority over different races. Even our Orthodox iconography intentionally reflects the full range of skin hues when painting a saint’s face in order to stress the interconnectedness and blessedness of all races of humanity.

All forms of racism, prejudice, and discrimination are affronts to the work of Christ on the cross. Jesus Christ died that all men might be saved, be they Jews, Africans, Spanish, Norwegians, Asians, or whatever. In Christ we are united as One Body, and as humans we are all of one race. Ethnicity should mean nothing for the Christian, and our parishes should demonstrate the truth of the ethnic diversity of the Kingdom of God. If we hold to racist beliefs we only demonstrate how far we have distanced ourselves from the teachings of Our Lord. Can a Christian be a racist? The answer is an emphatic NO! 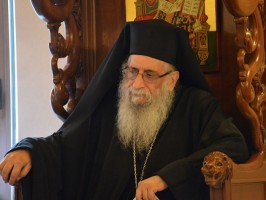 This racism is rooted in our blood, us weak humans, but those who believe in Christ…