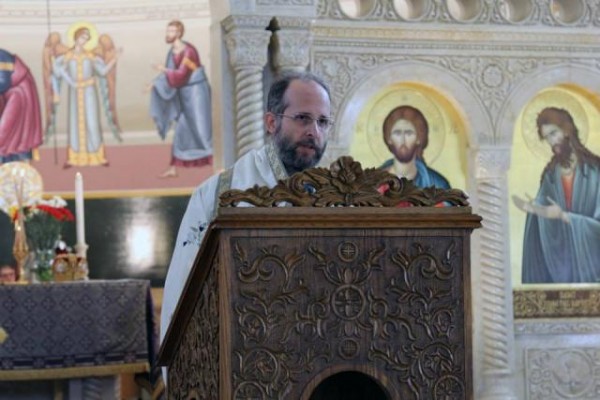 Regarding the forthcoming press conference scheduled for May 7, 2014 by Congressman Frank R. Wolf and Congresswoman Anna G Eshoo, during which a statement entitled “Pledge of Solidarity & Call to Action on behalf of Christians and Other Small Religious Communities in Egypt, Iraq and Syria” is to be released, this statement constitutes the official response of the Antiochian Orthodox Christian Archdiocese of North America (the “Antiochian Archdiocese”), an archdiocese of the Orthodox Patriarchate of Antioch and all the East (the “Church of Antioch”).

We appreciate all efforts to bring peace to the Middle East and urge all concerned with the situation experienced by Christians in the region to use every effort to bring peace to the region for all citizens of these nations. To those who have expressed willingness to listen to the voices of Christians of the Middle East and to respond to their concerns, we draw their attention to the Message of the Primates of the Orthodox Autocephalous Churches, gathered in Turkey, 6-9 March 2014, in which they unanimously adopt the views of the Church of Antioch.

Indeed, the Primates expressed their “admiration for the witness of Christians in the Middle East, Africa, and other parts of the world.” Furthermore, they recall the dual martyrdom of these Christians: “for their faith as well as for the safeguarding of their historical relationship with people of other religious conviction,” i.e. their Muslims neighbors in particular. Meanwhile, they denounced “the lack of peace and stability, which is prompting Christians to abandon the land where our Lord Jesus Christ was born and whence the Good News spread to the entire world.”

Within such a perspective, we acknowledge that lack of peace and the instability of the region is the cause of Christians leaving their homes. In fact, peace is the sine que non prerequisite to preserve the historic and uninterrupted witness of Christians in the Middle East, on the land where Christ was incarnate, and also on the land from where the Good News spread forth to the entire world. We learn from these contemporary disciples of Christ in the Middle East how to remain faithful to Jesus Christ, how they are the heralds of human rights for all, and how they are the forerunners of true solidarity towards the needy. Furthermore, they demonstrated throughout modern and earlier history their capacity to establish a strong partnership with their brethren at all levels. Wisely, the Message of the Primates did not approach the reality of the Christians in terms of “being persecuted” and, as such, thinking of “protecting them”. Indeed, such an approach condemns the efforts of Christians in the Middle East to remain one with their neighbors. Eventually, it would separate them from their natural environment to which they historically belong, where they historically live, and for whose progress, welfare and raise they historically work. It is of critical importance that the world recognizes the value of their sacrifice as manifestation of their intention to preserve their historic ties and bonds with their land and their neighbors. Therefore, any effort taken for their sake or in their name should take into consideration such a reality into account as a whole and try to protect it to the core. Any partial consideration is harmful and distorting of the reality.

For that reason, we adhere to the appeal issued by the Primates to all involved in Syria “for the immediate cessation of military action, liberation of captives, and establishment of peace in the region through dialogue.” We cannot but stress upon the fact that “Christians in the Middle East are a leaven of peace.” Without doubt, we are aware of the significance for the Primates of all the Orthodox Churches to say, “Peace for all people also means peace for Christians.” We urge that sympathy be extended to all victims, especially of the tragedy in Syria, while condemning strongly “every form of terrorism and defamation of religion.”

As a result, all together they supported the Patriarchate of Antioch “in its spiritual and humanitarian ministry, as well as its efforts for reconstruction and the resettlement of all refugees.” In fact, it should be noted that the humanitarian outreach of the Church of Antioch, according to the United Nations and all concerned NGOs, is extended to all in need, without any religious discrimination, and with the goal to restore the displaced and refugees to their homes in Syria.

The Church of Antioch is thankful for this common expression of Orthodox Primates and welcomes the prayers and solidarity of peace-loving people from around the world with the suffering people of Syria, Iraq, Palestine and throughout the Middle East and Africa.  We urge all efforts to be spent in finding a diplomatic and political path towards peace in the region, allowing all displaced people to return to their homes.

In the spirit of the Resurrection, we fully support their spirit of solidarity and partnership with their brethren, and strongly believe that any action that is to be undertaken should converge in establishing peace for all, as Christ did on the day of his resurrection from the dead.