Source: The Ecumenical Patriarchate of Constantinople
Natalya Mihailova | 18 May 2014
The Ecumenical Patriarchate has witnessed with great pain and distress the recent manifestations of religious violence against women in Northern Africa, which have profoundly and justifiably concerned the global community. It expresses its outright and unequivocal condemnation of the kidnapping in Nigeria of scores of young women, who are forcibly subjected to espouse Islam. Moreover, it professes its wholehearted and unambiguous denunciation of the pregnant young Christian mother in the Sudan for refusing to espouse Islam. 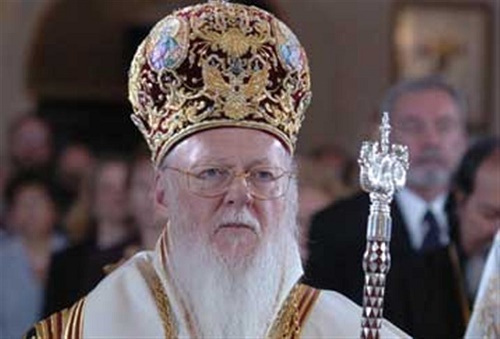 While on an official pastoral visit to Germany, His All-Holiness delivered a message of hope for the release of these women:

We are horrified that, in the early twenty-first century, our world still experiences such horrific and disgraceful acts of religious violence. As we have repeatedly emphasized, every form of violence in the name of religion is violence against religion itself.

What is happening in Nigeria and Sudan is a dual act of wrongdoing: first and foremost, it is a disgrace against humanity, which we believe and proclaim is created in the image and likeness of God; and second, it is a defamation of the God, whom the great religions of the world worship as divine creator of all life.

In Northern Africa, both believers of Islam and Christianity are obliged to promote a God of love and compassion. And the political authorities are responsible for protecting their citizens, especially the more vulnerable members of their societies. Such acts are unacceptable from the perspective of religion and morality, as well as by standards of international human rights.

The Ecumenical Patriarchate fervently prays – and urges the prayers of all its faithful, together with all people of good will – for the safe release of the young girls in Nigeria as well as the safety and life of the young mother in Sudan.