Source: OCA
Natalya Mihailova | 12 July 2017
Orthodox Christian couples are often seeking sage advice on how to strengthen their marital bond, and Saint Vladimir’s Seminary Press has just released a book to help them do so. Titled Building an Orthodox Marriage: A Practical Commentary on the Eastern Orthodox Marriage Rite, the volume was written by a long-time married but now widowed bishop and a newly married layman. 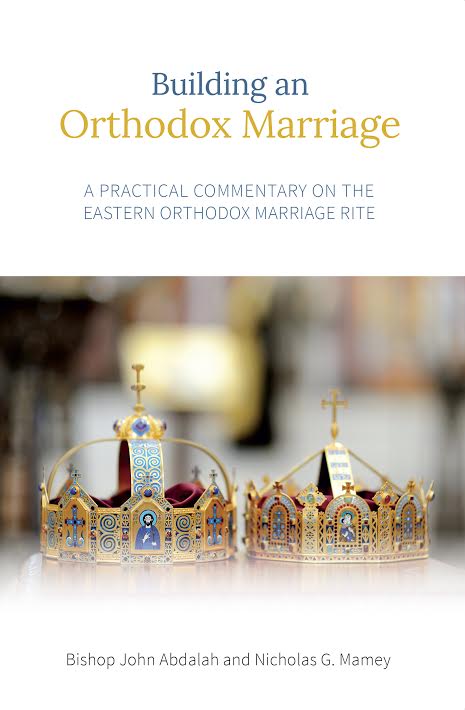 The book prepares couples to understand marriage as “a great mystery” akin to the relationship between Christ and His Bride, the Church [Ephesians 5.32] while coaching them in practical ways to strengthen their union.

His Grace, Bishop John [Abdalah] of the Diocese of Worcester and New England of the Antiochian Orthodox Christian Archdiocese of North America and Nicholas G. Mamey, a recently married seminary graduate, are coauthors of the volume.  In their work, they first establish a grounding for marriage, using Scripture and texts from the Orthodox Christian wedding ceremony, and then go on to offer practical guidance to couples.

The volume will be formally launched at the 53rd Biennial Antiochian Archdiocese Convention, slated to convene in Miami, FL July 23–30, 2017.  Bishop John will be available at select times during the convention for book signings at the SVS Press and Bookstore booth, located in the Great Hall Foyer of the Westin Diplomat Resort and Spa, Hollywood, FL, and also during the Saint Vladimir’s Seminary alumni event at that hotel on Wednesday evening, July 26.

The book received a positive review from Dr. Albert S. Rossi, Clinical Psychologist, retired Associate Professor of Psychology from Pace University, and current Director of Counseling and Psychological Services at Saint Vladimir’s Seminary, who wrote, “As I read the book many sentences jumped off the page — off the page and into my heart.  If an engaged couple, or married couple of many years, were to read only one book on Orthodox marriage, I would recommend this book.”

Publication of the book was generously funded by Louis and George Kilsey.

The book may be ordered on-line.