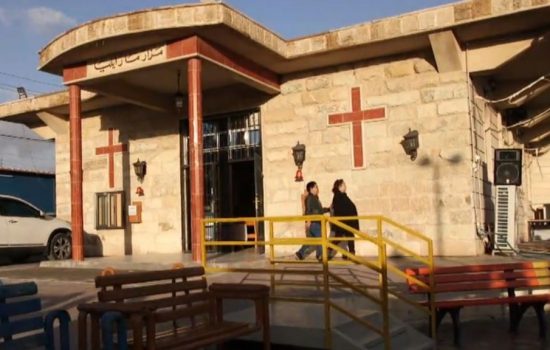 Syrian Christians succor thousands of Muslims bettered by the viciousness of the Islamic State. For this sake, Christians have set up relief camps for the Muslim refugees who are left behind in Syria. What is more, churches have also opened their doors to the refugees who have lost their homes to the atrocities of the terror group.

According to details, Saint Elias Cathedral- an Orthodox Christian church provides about 150 refugee families with meals, medicine, housing and other necessities on daily basis. Aleppo’s Orthodox Church is catering to the need of about 4,000 families of displaced Syrians. According to estimates, half of the refugee families are Muslims, whereas the other half comprises of Christian refugees.

The refugees remaining in the city have been helped by the Christians who still remain in Aleppo. Christian charity group Church in Need quotes a Syrian priest Father Ziad Hilal as saying that the Church has been providing food for the refugees, this food is prepared at a kitchen at the Missionaries of Mary facility.

Father Hilal also revealed that many of those who are being benefited from 7,500 meals being offered daily to Muslims. However, the priest added that the masses, baptisms, and even weddings are being conducted by the Church despite all the turmoil caused by the war-which is a sign of hope amidst devastation.

Father Hilal stated that since 2011, estimated numbers of 27,000 to 30,000 Christians have escaped Aleppo- these numbers of the Christians who have fled make up about 60 percent of the city pre-war Christian population.