Syria has Been a Country of Peace, Fraternal Coexistence, says John 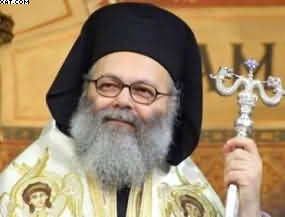 Damascus, Feb 12 (Prensa Latina) Antioch patriarch Yuhanna (John) X Yaziji, and All the East for the Greek Orthodox Church, stated that Syria has been a country of peace and fraternal coexistence, and will remain so given the high consciousness of its people.

Regarding the crisis of violence in the country he said that dialogue is the language that should be adopted by all parties to achieve the desired peace.

During an exclusive interview with international broadcaster Russia. Today, His Beatitude Yaziji analyzed existing internal and external factors that contribute to the climate of violence that prevails in this nation of Levante.

However, he considered, such a situation is a passing cloud and Syria will remain being the cradle of civilization, culture and coexistence.

According to the religious leader, it is not the first time throughout history that the Syrian people goes through harsh conditions.

The Patriarch assured that there good relationship between the Greek Orthodox Church and the authorities of this country, as it was before and will continue to be, he noted.

The day before, Yaziji was received by President Bashar Al Assad, who congratulated him for his official promotion to the patriarchal chair last Sunday.

He insisted that dialogue is the language that everyone should follow to reach peace, adding that everyone must work on the basis of coexistence and acceptance of others.