Source: CatholicCulture.org
Natalya Mihailova | 13 June 2015
Syrian President Bashar al-Assad met on June 11 with bishops of the Syrian Orthodox Church, and spoke of his determination to resist “a terrorist, extremist though, which knows neither borders nor nationalities.” 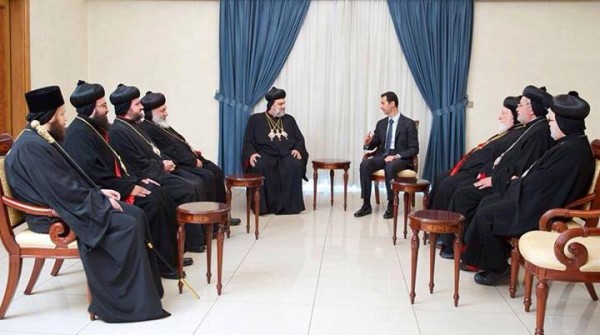 The Orthodox prelates, led by Patriarch Ignatius Ephrem II, told Assas of their own hope that Syria will be “a sanctuary for all those those who believe in the true values of humanity, despite the ferocious terrorist war against the country.”