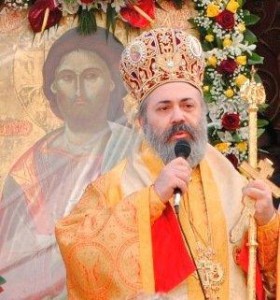 (Reuters) – Two prominent Syrian bishops, who had warned of the threat to religious tolerance and diversity from the two-year conflict in their country, were kidnapped on Monday by armed rebels in the northern province of Aleppo, state media said.

SANA news agency said the Syriac Orthodox and Greek Orthodox Archbishops of Aleppo, Yohanna Ibrahim and Paul Yazigi, were seized by “a terrorist group” in the village of Kfar Dael as they were “carrying out humanitarian work”.

A Syriac member of the opposition Syrian National Coalition, Abdulahad Steifo, said the men had been kidnapped on the road to Aleppo from the rebel-held Bab al Hawa crossing with Turkey.

Several prominent Muslim clerics have been killed in Syria’s uprising against President Bashar al-Assad, but the two bishops are the most senior church leaders caught up in the conflict which has killed more than 70,000 people across Syria.

Christians make up less than 10 percent of the country’s 23 million people and, like other religious minorities, many have been wary of the mainly Sunni Muslim uprising against Assad, whose Alawite sect is an offshoot of Shi’ite Islam.

Fears for their future if the rebels were to end 40 years of Assad dynastic rule, which ensured religious freedom without political rights, have increased with the growing strength of Islamist rebels and a pledge of allegiance to al Qaeda by the hardline Nusra Front rebels two weeks ago.

Steifo said Ibrahim had gone to collect Yazigi from the rebel-held Bab al-Hawa crossing because he had crossed there several times before and was familiar with the route.

The two men were driving to Aleppo when they were kidnapped, he added. Asked who was behind their abduction, Steifo said: “All probabilities are open.” 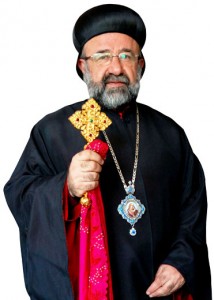 Last September Ibrahim said that hundreds of Christian families had fled Aleppo as rebels and soldiers battled for control of the country’s biggest city.

“In its modern history Aleppo has not seen such critical and painful times…Christians have been attacked and kidnapped in monstrous ways and their relatives have paid big sums for their release,” he told Reuters.

In the central city of Homs, which saw the heaviest bloodshed earlier this year, he said several churches and Christian centers had been damaged in the fighting.

“Until a few months ago the idea of escaping had not crossed the minds of the Christians, but after the danger worsened it has become the main topic of conversation.”

Neighboring Iraq, where sectarian violence after the 2003 overthrow of Saddam Hussein forced half the Christians to flee, offers frightening parallels for Syrian Christians, while the revival of Islamists in the 2011 Arab uprisings in Tunisia, Libya and Egypt also fills Syria’s Christians with foreboding.

Writing in January, Yazigi said was important that the uprisings known as the “Arab Spring” should not jeopardize centuries of religious diversity in the Middle East.

“What is the spring without the diversity and richness of colors in comparison with the haze…of winter? Diversity is richness while monochromatic uniformity is a ticking bomb that kills its owner,” he said.

Jun3 22, 2013 BEIRUT (Reuters) - Christians in Lebanon held a candlelit vigil on Saturday for two archbishops captured in Syria in April,…