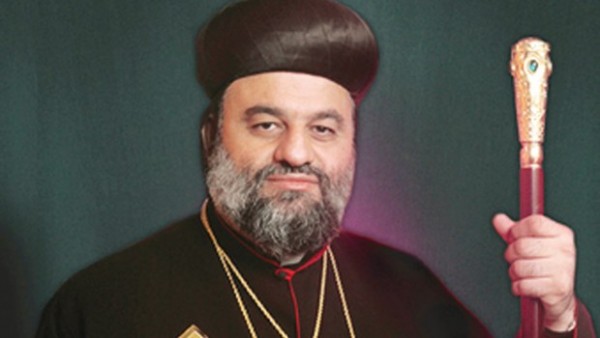 The announcement of the election of Cyril Aphrem Karim, a 48-year-old Syrian, was made by the Syrian Orthodox Church’s Lebanese headquarters in the village of Atshaneh northeast of the capital Beirut.

Karim, who served as bishop in the United States, replaces Patriarch Ignatius Zakka Iwas, who died March 21 in a hospital in Germany at the age of 80.

Karim’s official title will be the Patriarch of Antioch and All the East. His church, known as the Syrian Orthodox Church, was founded in the year 452 after a schism with the bulk of the world’s Christians. There are more than 4 million members, living in Syria, Lebanon and Iraq although there are also significant communities in Germany, Sweden and in the United States, where immigrants from the Near East introduced the faith in the late 19th century.

The new patriarch was born in Qamishli, the capital of a northeastern Syrian province, wedged between the borders of Turkey and Iraq. He studied in St. Ephrem’s Theological Seminary in Atchaneh, Lebanon in 1977. In the 1980s, he served the Syriac Orthodox Archdiocese of Aleppo and pursued higher education at the Coptic Theological Seminary in Cairo, Egypt. He was ordained as a monk in 1985 in Egypt.

He also studied in Ireland and served in Damascus, where his church is based, before his predecessor, Iwas, appointed him bishop of the east coast of the United States in 1996. Since then, Karim has been living in Teaneck, New Jersey.

It was not clear if Karim will be based in Syria or in Lebanon as patriarch.

He is taking the church’s leadership role at the time of great uncertainty for Christians in the Middle East.

Thousands have left Iraq, following the 2003 U.S-led invasion of the country that unleashed unprecedented sectarian violence.

In Syria, recent assaults on predominantly Christian towns by rebels fighting against President Bashar Assad’s rule have fueled fears among the country’s religious minorities about the growing role of Islamic extremists in the revolt.

Christians in Syria believe they are being targeted in part because of anti-Christian sentiment among Sunni Muslim extremists and partly as punishment for what is seen as their support for Assad. The Syrian leader himself hails from a religious minority, the Alawite sect, an offshoot of Shiite Islam.