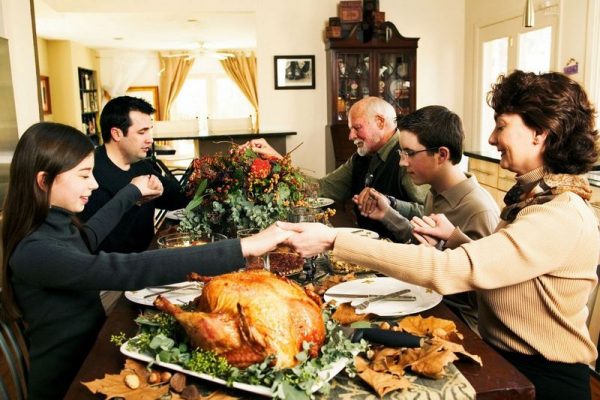 Of all the American holidays, the only one I take part in is Thanksgiving. Isn’t it food that makes the holiday? If not, I’m sure it has a lot to do with it. As Orthodox Christians, we certainly know what Christmas and Pascha each commemorate but what would those feasts be, at least in the local family tradition, without the roasted pig or BBQ lamb respectively, or, would they be a festive if we simply had peanut butter and jelly after church? Therefore, being  on the Old Calendar, the 4th of July, for example, is always during the Apostles’ Fast. We go and watch fireworks, so I suppose we ‘celebrate’ it in some way, but the fact there is no cookout, no real culinary aspect to the festivities, leaves it somewhat unmemorable.

Moreover, the very idea of ‘thanksgiving’ is easy to accept and celebrate. It is, after all, a Christian concept – to thank God for all that He has given us. My commemoration (if you can even call it that) of Thanksgiving is based solely on this one aspect and I do indeed look forward to it: the meal, the family coming together, being thankful, etc.

Was there a ‘first’ Thanksgiving or not I’m not too sure, nor am I qualified enough to negate it completely. There probably was something that took place in the early autumn of 1621. Then again, there are those that argue that the first Thanksgiving took place in 1598….in Texas. Whatever the case, Thanksgiving for me has always been something that belongs to the mythology of America, together with George Washington chopping down the cherry tree. They are childlike myths told with an essential truth (e.g. do not tell a lie, thank God for all that blessings He has given you).  We have spiritualized, if you will, the holiday and made it into something which is certainly more worthy of celebrating. To bring history into it I think would ruin the mood. After all, not all Americans, the Native Americans in particular, have the same understanding of Thanksgiving. For if Thanksgiving is about Puritans then it is also has something to do with Indians as well. Howard Zinn in his ‘People’s History of the United States’ writes about Columbus’ discovery of America:

“To emphasize the heroism of Columbus and his successors as navigators and discoverers, and to deemphasize their genocide, is not a technical necessity but an ideological choice. It serves-unwittingly-to justify what was done.

My point is not that we must, in telling history, accuse, judge, condemn Columbus in absentia. It is too late for that; it would be a useless scholarly exercise in morality. But the easy acceptance of atrocities as a deplorable but necessary price to pay for progress (Hiroshima and Vietnam, to save Western civilization; Kronstadt and Hungary, to save socialism….)-that is still with us. One reason these atrocities are still with us is that we have learned to bury them in a mass of other facts, as radioactive wastes are buried in containers in the earth.”

I doubt, therefore, that I am actually celebrating Thanksgiving by merely eating turkey with family. It would be like saying someone can celebrate Christmas just by going home for the holidays. But what I do think (and here I might be completely wrong) is that I join most Americans in celebration. In other words, I think Thanksgiving has been accepted as an American myth while actual historical events have been glanced over.

Whatever the case may be I look forward to turkey. I am thankful for many things but reminded more so of  J.F.K’s thanksgiving words: “As we express our gratitude, we must never forget that the highest appreciation is not to utter words, but to live by them.” 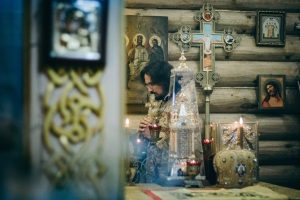 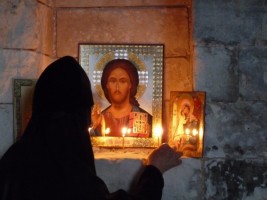 Giving Thanks to God for All…
Fr. Vasile Tudora

Every year on Thanksgiving Day‚ we give thanks to God for our wonderful life. We rejoice… 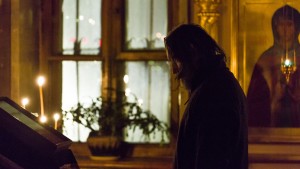 Our Response to God
Metropolitan Anthony of Sourozh

After a certain number of my last sermons, I was told that I cast a feeling…