The 500th Anniversary since St. Maxim the Greek of Vatopedi Monastery Arrived in Russia Marked on Mount Athos 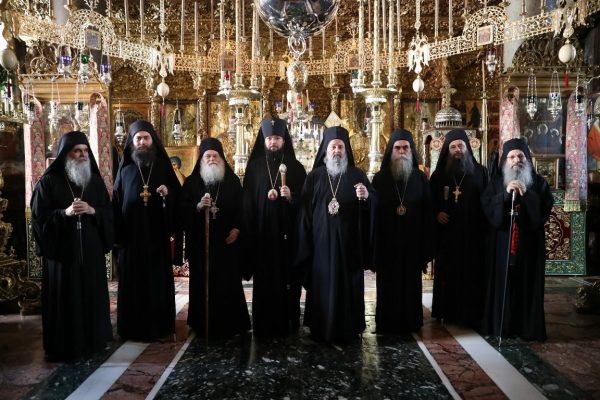 On July 3-4, 2018, the festivities marking the 500th anniversary since St. Maxim the Greek of Vatopedi Monastery arrived in Russia took place on Holy Mount Athos. In 1518, monk Maxim came to Moscow at a request of Grand Prince Vasili III to translate and edit religious books.

With a blessing of His Holiness Patriarch Kirill of Moscow and All Russia and at the invitation of the Holy Kinot, the Russian Orthodox Church was represented at the festive divine services by Archbishop Antoniy of Vienna and Budapest, head of the Moscow Patriarchate office for the institutions abroad.

In the morning of July 1, the hierarch arrived in Vatopedi Monastery, where he was welcomed at the holy gates by the abbot of the monastery, Archimandrite Ephraim. After venerating the shrines at the main church of the monastery, His Eminences had a long talk with Father Ephraim in which they discussed in particular some items on the inter-Orthodox relations agenda. 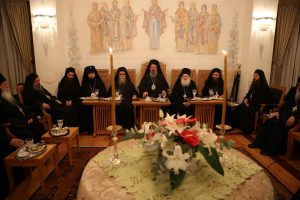 On the same day, Archbishop Antoniy met with Metropolitan Paul of Drama, a representative of the Patriarch of Constantinople.

In the evening, the small compline was celebrated at the monastery katholicon followed by a meeting of all the guests of the monastery. Among its participants were Metropolitan Paul, Archbishop Antoniy, Metropolitan Kallinik of Arta, who heads the diocese at St. Maxim’s native land, abbots and representatives of Athonite monasteries. 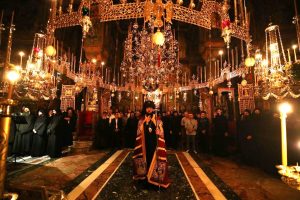 Late in the evening, the festive all-night vigil began. According to the Vatopedi tradition, during the lity a meeting of the guests, pilgrims and monastery’s brethren took place at the monastery’s assembly hall. Addressing the meeting, Archbishop Antoniy conveyed them a blessing from Patriarch Kirill and shared his thoughts about the significance of the feat performed by St. Maxim the Greek. He said that the Russian Church remembers with gratitude the contribution Vatopedi Monastery made to the assertion of Orthodoxy in Holy Rus’ and venerates St. Maxim as a model of monastic obedience, a great enlightener and confessor.

Archimandrite Ephraim, in his turn, warmly welcomed the envoy of the Russian Orthodox Church and expressed content with his participation in the festivities held on Holy Mount Athos.

During the matins, which ended at about 3 a.m., Archbishop Antoniy, as an honorary guest, presided over the service and anointed worshippers with holy oil.

At 6 a.m. of July 2, after a short interval, the Divine Liturgy began to be celebrated. The archpastors were assisted by a host of brethren, guests and pilgrims in holy orders. The service was held in Greek and Slavonic. The shrine with a part of St. Maxim’s relics, which was brought to Vatopedi Monastery from the St. Sergius Laura of the Trinity, was placed in the middle of the church.

After the service, a festive lunch took place at the refectory, with which the festivities were concluded.

In the evening, Archbishop Antoniy prayed during statutory divine services at the cathedral church of the monastery and on the following day, after a warm farewell with the abbot and the brethren, departed for Moscow.