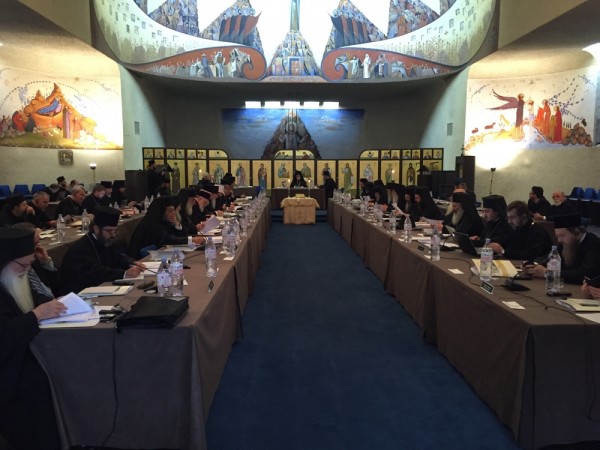 The head of the Russian Orthodox Church’s delegation, Metropolitan Hilarion of Volokolamsk, head of the Moscow Patriarchate department for external church relations (DECR), greeted the participants on behalf of His Holiness Patriarch Kirill of Moscow and All Russia and the Holy Synod of the Russian Orthodox Church and conveyed to them wishes of success in their work.

On the instruction of Patriarch Kirill, Metropolitan Hilarion expressed the Russian Orthodox Church’s special concern for the situation in the Middle East, where the raging terrorism threatens the very existence of the Christian community, and called to joint efforts to ensure that our brothers and sisters in the Middle East could feel safe.

The DECR chairman informed the conference about the results reached by the Holy Synod of the Russian Orthodox Church which had considered draft conciliar documents and sent its response to the secretariat for preparing a Holy and Great Council.

In conclusion, the head of the Russian Orthodox Church’s delegation expressed hope that, despite the existing difficulties, the participants in the Conference will be able, in the spirit of fraternal unanimity and cooperation, to prepare the Pan-Orthodox Council at a time when Orthodoxy needs it so much.

The Conference is attended by hierarchs of the Patriarchates of Constantinople, Alexandria, Jerusalem, Georgia, Serbia, Romania, Bulgaria and the Orthodox Churches of Cyprus, Greece, Albania, Poland, and the Czech Lands and Slovakia.