The Ancient Temptation for Secret Knowledge 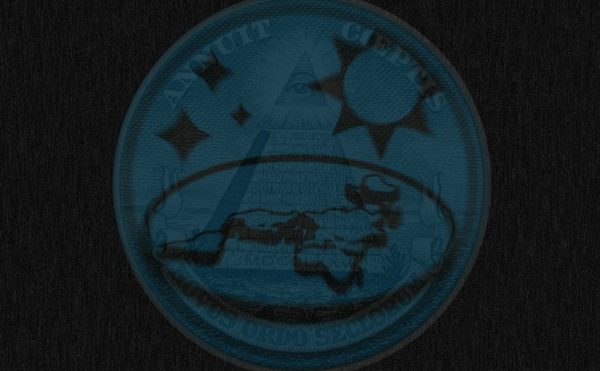 Every day misinformation is shared on social media – political conservatives and liberals, atheists and Christians, skeptics and conspiracy theorists – all of these will quickly spread something that aligns with their worldview without bothering to check for accuracy.  Perhaps some of them will even reject facts that don’t confirm what they want to hear.

Why do we do this?  It seems that some people want to be “in the know” – to be one of those people who have uncovered information meant to be hidden from common folk.  Such a temptation to be “in the know” has plagued mankind for ages.  There are conspiracy theorists who believe they have discovered the secrets of the Illuminati, Flat-Earthers who rail against a terrestrial sphere, and internet-trolls who make the most ridiculous and historically inaccurate memes about Christianity.  If intelligence is the ability to connect concepts and ideas that are generally overlooked, paranoia is seeing connections that simply do not exist.  In that sense, paranoia is a parody of intelligence.

Pride leads to a desire for secret knowledge, which can be traced all the way back to the very beginning – it is the oldest temptation.  Satan, in the form of a serpent, tempted Eve at the Tree of the Knowledge of Good and Evil.  He whispered that the powers-that-be, God Himself, was attempting to hide certain things from her.  Obtaining the hidden knowledge would make her divine – make her like God.  Eve fell for it, and Adam with her.  They hoped that by obtaining this secret knowledge they would no longer be under the control of the powers-that-be.

Since that time, secret cults and societies have existed.  Around the end of the New Testament period, a movement was beginning within Christianity in which some claimed Jesus had secret knowledge that He passed along to the disciple Thomas.  It included passcodes and intellectual keys to enable a man to bypass the guardians of the spiritual realm in the afterlife, and thereby attain an elevated state of being or divinity.  This movement was called Gnosticism, which comes from Greek γνῶσις “to know.”  It gained some popularity among many of the intelligentsia in early Christianity.

Gnosticism still exists today but in different forms – such as those who are attempting to “restore” a version of Christianity (often mystical) that only our Lord and the Apostles understood.  They make vague references to the Bible while stating that traditional Christianity lost its true meaning near the beginning.  Fortunately for us, this enlightened author has arrived to save the day (and sell us books!)

At the end of my life, when I stand before the Judgement Seat of Christ, He will not ask me whether or not I believed that the Illuminati controlled world affairs, if I realized that the earth really was flat, or if I was clever enough to discover the long-lost Christian faith.  Instead, He will ask me if I fulfilled His commandments, if I lived in love toward others, if I held to the doctrines that the Holy Spirit has inspired through Scriptures and the Church, and if I grew in my knowledge and love for Him.

This life is about theosis, becoming one with God.  Secret knowledge is not the end goal.  Our purpose is total union with God, to “become partakers of the divine nature” (2 Peter 1:4) through the grace of God.  Anything that distracts us from the elevated goal of divinization must be discarded, or at least put in its proper place.

If, in the end, the conspiracy theorists were correct and the Illuminati rule a flat earth, it will not matter – for God will destroy all worldly dominions and powers.  He will rule a renewed heaven and earth.  Glory to our Lord Jesus Christ who is the only one and true King, now and ever, and unto the ages of ages.  Amen.

Image credit: Flat Earth Society’s logo that I superimposed over the symbol on the back of a US one dollar bill.