The Angelic World is Real

Patriarch Kirill of Moscow and All Russia | 21 November 2012

The following sermon was delivered by His Holiness, Patriarch Kirill of Moscow and All Russia, on November 21, 2009, the Synaxis of the Archangel Michael and the other Bodiless Powers, in the Cathedral of the Archangel in the Moscow Kremlin. 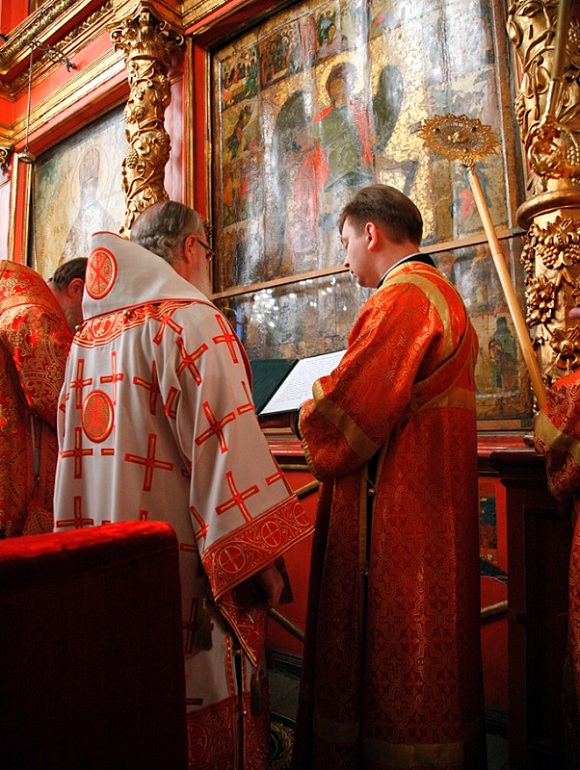 Here today in the Kremlin, under the vaults of the Cathedral of the Archangel, the resting place of many of our great leaders, in the cathedral that was the ancient cathedral church of Moscow, we triumphantly glorify the name of the Holy Archangel of God Michael and all the Bodiless Powers of heaven.

We depict the Holy Archangel on icons as a warrior, bearing a sword and clad in armor. We always introduce human images into our conception of the supersensible world, the world of the Divine. The nature of the angelic world is hidden from us. We do not know it and cannot comprehend it. The word of God clearly indicates that the angelic world is an intelligent power created by God – and that is really all we know. We also know from the word of God that this power enters human history and life, always on the side of truth.

We call the Archangel Michael an unseen power of God and the chief warrior and commander of the Hosts of Heaven, once again introducing notions and images from our culture – or, rather, from the culture of the ancients. Sometimes modern people, having no appreciation of the ancient culture through which these profound mysteries and Divine truths are expressed, are dismissive of these truths. I have heard people say things such as: “Well, I’ll believe in God, but certainly not in angels.” This is because, for them, angels are either armed warriors or winged infants.

We know from the Old Testament that the very word “Michael” means “who is like God.” This is a power with might comparable to Divine power. God created this power, which then entered human history in the life of the people of the Old Testament, helping them to do battle against their enemies. It was likely these facts of Old Testament history that formed the stable image of Michael as he who helps like God – including giving help to warriors. This is perfectly correct, because the Church’s subsequent experience has shown that prayer to the Holy Archangel Michael has helped those who are called upon to defend their nation in warding off aggression and conquering enemies. No enemy weapon – no matter how technologically advanced or terrible – can defeat God’s powers. If we call upon his holy name, the Archangel Michael is capable of destroying any human power or weapon. But his name cannot be invoked when one’s force of arms works falsehood or if one engages in wars of aggression that cause human suffering. Then the Archangel will retreat and, instead, punish those who have raised their swords unjustly.

God’s power cannot be grasped by human reason. But when we will cross the threshold of our physical life and stand before the face of God, we will see everything and understand much. The Apostle Paul speaks about this, comparing our reality, our ability today to perceive the supersensible world, to looking at our surrounding reality through a glass, darkly (cf. 1 Corinthians 13:12). We cannot see light through darkened glass, for it conceals that which is behind it. One can only make out light and shadow and guess what is going on behind the darkened glass. Today we can only guess at what really exists in the supersensible world. But when we die we will see it face-to-face, learning what the angelic power really is; we will likewise feel the power of God in a way that is impossible while living in this world.

But even today, when we perceive the Divine truths of faith – those truths given us in the word of God – we should strive to assimilate them and to conduct our lives according to God’s will and law. Today’s commemoration teaches us one more thing: the Archangel Michael was the power that cast down Lucifer, one of the angels that became puffed up with pride and rose in opposition to God. Michael’s power is greater than that of the devil. Michael cast down Lucifer – which means that in this life, too, we can be protected from the prevailing powers of the devil by calling upon Michael’s name.

Both the angelic world and the world of demons are real. If we, looking at this world through a glass darkly, cannot discern what is going on there, this does not imply that there is nothing there. Just as someone who looks outside through darkened glass knows what is out there, and does not even think of denying the existence of that which is beyond this glass, so too is it with us: perceiving that world conjecturally, we should not deny its existence. It is only human pride and foolishness that lead us to a glib dismissal of that which we cannot touch with our hands or see with our eyes.

That world’s existence is as real as our own. Signs of this world’s greatness burst into our lives in the form of divine miracles, many of which are performed by angelic force – that same intelligent force that God created, in part, to help us earthly people become worthy of our vocation, to overcome the temptations and enticements of the demonic world, and to attain victory in this life.

Many soldiers regard the Archangel Michael as their heavenly patron, as did our ancient rulers and princes. The first church in Kiev was built in honor of the Holy Archangel Michael, as were other ancient churches throughout all of historic Russia. It is no coincidence that here, in the capital city of Moscow, this Cathedral of the Archangel was the city’s cathedral church. People knew that by their faith they could call upon Divine and angelic power to overcome difficulties, including the fearsome military challenges they faced. It is well known from history that, through the power of prayer and faith, our people were delivered from adversaries by angelic and Divine power.

Today, celebrating the day of the Holy Archangel of God Michael, we people of the twenty-first century, who are surrounded by various wonders of technology and living in a society from which faith in God has been expelled, should hold fast to this faith, remembering that everything that God has revealed to us is the absolute, unchanging, and indisputable truth. We believe in the existence of God and in the existence of the angelic world, as we likewise know that the demonic world exists; we also know that, in our battle with demonic temptation, the angelic world is on our side. Therefore our prayer to the Archangel of God Michael and all the Bodiless Powers of heaven is a prayer seeking help in our difficult battle and heavy fighting with the many temptations and enticements that the dark powers of the devil direct against us. We believe that the angels of God, who both stand before God in the heavens and abide among us, uphold our frail arms in our weak but real struggle against evil and falsehood. Amen. 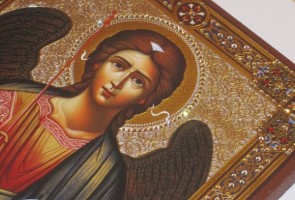 “As One Cannot Count the Stars…
St. John of Kronstadt

“Who maketh his angels spirits; his ministers a flaming fire” (Ps. 104:4). These are the words… 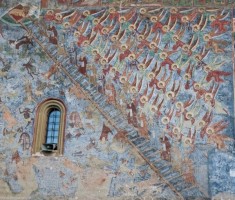