Fr Seraphim, however, was always bringing me down to earth. After I was made a catechumen at the monastery, I was expected to learn about the Faith in preparation for baptism. I thought I already knew a lot, dealing as I was with such lofty metaphysics. But when I went to Fr Seraphim's cell to talk to him, one of the first questions he asked me was: "Do you know about the fasts of the Church?"
Hieromonk Damascene (Christensen) | 20 June 2011

From Father Seraphim Rose: His Life and Works, by Hieromonk Damascene. 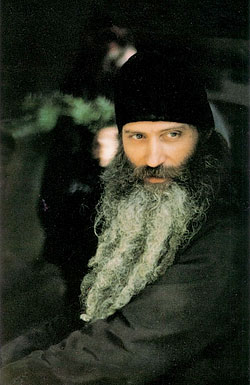 When I first met Fr Seraphim, I had almost finished my freshman year in college. Already I considered myself somewhat of a deep thinker, one who did battle with “ultimate questions” on the path of Truth. I noticed that most of the people around me were not interested in this: either they were too old, tired, and jaded to take up such battles, or, if they were young, they were more interested in having fun or making money in business or computers…

Seeing in Fr Seraphim a kindred philosopher, I longed to have deep discussions with him about those ultimate questions. He always listened patiently as I expounded all my “profound” ideas, but he didn’t expound himself: usually he only made simple, succinct comments. I was a bit puzzled by this at the time, but now it make sense. Now, nearly a decade later, it seems that almost all those simple comments have remained imbedded in my memory forever.

I first became interested in Orthodoxy by studying its most exalted teachings. The first Orthodox books I read were Mystical Theology by St Dionysius the Areopagite, and The Mystical Theology of the Eastern Church by Vladimir Lossky. I was attracted to ineffable concepts such as the “Divine Darkness” of apophatic theology.

Fr Seraphim, however, was always bringing me down to earth. After I was made a catechumen at the monastery, I was expected to learn about the Faith in preparation for baptism. I thought I already knew a lot, dealing as I was with such lofty metaphysics. But when I went to Fr Seraphim’s cell to talk to him, one of the first questions he asked me was: “Do you know about the fasts of the Church?”

“I think so,” I replied, “There’s Lent, and another fast before Christmas…”

“Yes,” he said, “Do you know about the Apostles Peter and Paul fast?”

I was ashamed to say I did not recall hearing that such a thing existed.

“This is a very important fast of the Church,” he said, and went on to describe what it was and why it was done. “Someone calculated,” he said at last, “and it turns out there are more fast days in the Church Calendar than there are non-fast days.”

This rather surprised me. I believe Fr Seraphim was trying to tell me that being baptized did not mean feeling important with exalted theology and philosophy, but taking on a life of struggle, of labor and sacrifice for Jesus Christ. In his own unobtrusive way, he was leading me out of the “Divine Darkeness” and to the foot of the Cross, the vehicle of our salvation.

During the year of my catechumenate, I took a university course on the Philosophy of Religion, for which I wrote two highly rated papers I was rather proud of. The first paper was called “Reflections on Kant’s ‘Purely Rational Religion.'” I have this to Fr Seraphim for him to read. I suppose I was anticipating a little praise. Later, I asked him if he had looked at it, and he said he had.

“It was a little over my head,” he answered.

This left me speechless. Later I discovered, much as I suspected, that Fr Seraphim had made a thorough study, not only of Kant, but of many philosophers I had never even heard of, and that he had a much more penetrating understanding of Western philosophy than my university professors. Why, then, did he say that my eleven-page sophomore paper was “over his head”? Clearly, to teach me simplicity and its sister-virtue, humility.

My other paper was on Soren Kierkegaard, whose philosophy was so full of paradox and intellectual challenge that one could spend days talking about it.

“What do you think of Kierkegaard?” I asked Fr Seraphim.

“I always felt sorry for him.” Those were the only words Fr Seraphim had to say to me on the subject. His statement had to do, not with the mind, but with the heart. In thinking more about Kierkegaard – his struggle to maintain Christian zeal amidst the general lukewarmness of his Church, to uphold Christian faith against a barrage of Hegelian philosophy, and to overcome the contradictions in his own personality — I realized later that nothing more precise could be said of him than those few words of Fr Seraphim. 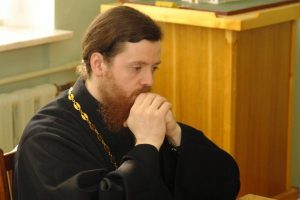 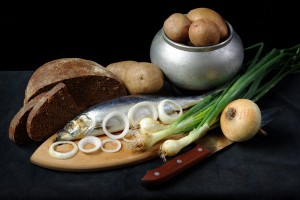 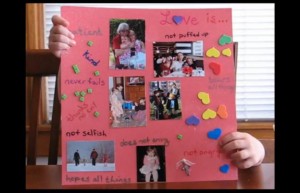 1. The Misuse of the Incensive Power Since we are approaching Forgiveness Sunday, I've chosen, with the blessing…

The Way of Spiritual Transformation

A talk given at the Parish Life Conference of the Antiochian Orthodox Diocese of Wichita and Mid-America, Sioux…

A True Student of the Saints

St. John believed that, in whatever land an Orthodox Christian found himself, it was his responsibility to venerate…