The Asceticism of the Open Door

The rule of not doing to others what you do not want done to yourself is hardly applicable in asceticism. Asceticism goes much further and sets much stricter demands on oneself than on one’s neighbors.
St. Maria (Skobtsova) | 03 October 2011

This is an extract from an essay, “The Second Gospel Commandment,” in Mother Maria Skobtsova: Essential Writings, published by Orbis. The book’s editor is Helene Klepinin Arjakovsky, daughter of Fr. Dmitri Klepinin, co-worker with Mother Maria, who died, as she did, in a concentration camp. The translation is by Richard Pevear and Larissa Volokhonsky.

“The sign of those who have reached perfection is this: if ten times a day they are given over to be burned for the love of their neighbor, they will not be satisfied with that, as Moses, and the ardent Paul, and the other disciples showed. God gave His Son over to death on the Cross out of love for His creature. And if He had had something more precious, he would have given it to us, in order thereby to gain humankind. Imitating this, all the saints, in striving for perfection, long to be like God in perfect love for their neighbor.”

“No man dares to say of his love for his neighbor that he succeeds in it in his soul, if he abandons the part that he fulfills bodily, as well as he can, and in conformity with time and place. For only this fulfillment certifies that a man has perfect love in him. And when we are faithful and true in it as far as possible, then the soul is given power, in simple and incomparable notions, to attain to the great region of lofty and divine contemplation.” 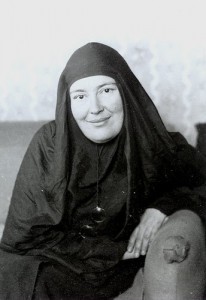 These words from St. Isaac the Syrian, both from the Philokalia, justify not only active Christianity, but the possibility of attaining to “lofty and divine contemplation” through the love of one’s neighbor — not merely an abstract, but necessarily the most concrete, practical love. Here is the whole key to the mystery of human relations as a religious path.

For me these are truly fiery words. Unfortunately, in the area of applying these principles to life, in the area of practical and ascetic behavior toward man, we have much less material than in the area of man’s attitude toward God and toward himself. Yet the need to find some precise and correct ways, and not to wander, being guided only by one’s own sentimental moods, the need to know the limits of this area of human relations — all this is very strongly felt. In the end, since we have certain basic instructions, perhaps it will not be so difficult to apply them to various areas of human relations, at first only as a sort of schema, an approximate listing of what is involved.

Let us try to find the main landmarks for this schema in the triune makeup of the human being — body, soul, and spirit. In the area of our serving each of these main principles, ascetic demands and instructions emerge of themselves, the fulfillment of which, on the one hand, is unavoidable in order to reach the goal, and, on the other hand, is beyond one’s strength.

It seems right to me to draw a line here between one’s attitude toward oneself and one’s attitude toward others. The rule of not doing to others what you do not want done to yourself is hardly applicable in asceticism. Asceticism goes much further and sets much stricter demands on oneself than on one’s neighbors.

In the area of the relation to one’s physical world, asceticism demands two things of us: work and abstinence. Work is not only an unavoidable evil, the curse of Adam; it is also a participation in the work of divine economy; it can be transfigured and sanctified. It is also wrong to understand work only as working with one’s hands, a menial task; it calls for responsibility, inspiration, and love. It should always be work in the fields of the Lord.

Work stands at the center of modern ascetic endeavor in the area of man’s relation to his physical existence. Abstinence is as unavoidable as work. But its significance is to some degree secondary, because it is needed mainly in order to free one’s attention for more valuable things than those from which one abstains. One can introduce some unsuitable passion into abstinence — and that is wrong. A person should abstain and at the same time not notice his abstinence.

A person should have a more attentive attitude toward his brother’s flesh than his own. Christian love teaches us to give our brother not only material but spiritual gifts. We must give him our last shirt and our last crust of bread. Here personal charity is as necessary and justified as the broadest social work. In this sense there is no doubt that the Christian is called to social work. He is called to organize a better life for the workers, to provide for the old, to build hospitals, care for children, fight against exploitation, injustice, want, lawlessness.

In principle the value is completely the same, whether he does it on an individual or a social level; what matters is that his social work be based on love for his neighbor and not have any latent career or material purposes. For the rest it is always justified — from personal aid to working on a national scale, from concrete attention to an individual person to an understanding of abstract systems of the right organization of social life. The love of man demands one thing from us in this area: ascetic ministry to his material needs, attentive and responsible work, a sober and unsentimental awareness of our strength and of its true usefulness.

The ascetic rules here are simple and perhaps do not leave any particular room for mystical inspiration, often being limited merely to everyday work and responsibility. But there is great strength and great truth in them, based on the words of the Gospel about the Last Judgment, when Christ says to those who stand on His right hand that they visited Him in prison, and in the hospital, fed Him when He was hungry, clothed Him when He was naked. He will say this to those who did it either on an individual or on a social level.

Thus, in the dull, laborious, often humdrum ascetic rules concerning our attitude toward the material needs of our neighbor, there already lies the pledge of a possible relation to God, their spirit-bearing nature. 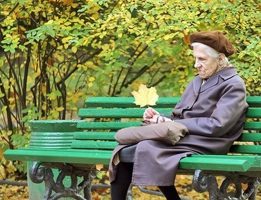 Some years ago a close family friend passed away in a nursing home. She spent the… 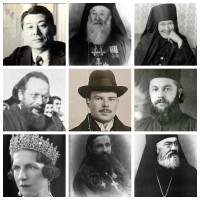 What Every Christian Needs To Know…
Thomas King

Most viewed articles
First Church in the Antiochian Archdiocese Named for St. Xenia of St. Petersburg Prepares for Feast Day258
Patriarch Kirill: Not Only People, But Churches Too, Can Depart from God208
A Christianity of the Catacombs166
Thoughts on Theophany and Revelation98
Patriarch Porfirije of the Serbia: Our Position on the Church Issue in Ukraine Has Not Changed86
Archbishop Makarios of Australia: ” the Great privilege of the Orthodox Church is that we live in communion”63
The Truth About Riches59
Metropolitan Onuphry Speaks on How to Protect One’s Soul From Sin22
How to live the Spiritual Life (Part I)1
Most popular authors
Pravmir.com team637
Archpriest Lawrence Farley166
Elissa Bjeletich98
Fr. Gabriel Bilas59