A Street Named After Mother Maria Skobtsova Appears in Paris

Natalya Mihailova | 05 April 2016
March 31. Pravmir.com. An opening ceremony of a street in honor of Mother Maria Skobtsova took place in Paris on Thursday. Mother Maria was a nun, theologian, icon-painter, and a member of the French Resistance. 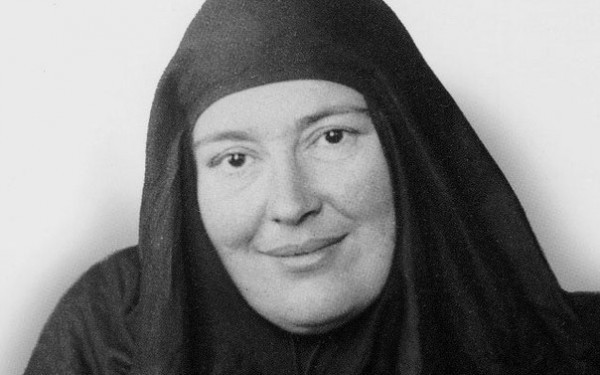 The Interfax-Religion news agency quoting a source from the diocese of Chersonese, which unites Russian parishes in several countries in Western Europe, reported that this street is situated in the 15th arrondissement and joins rue de Lourmel, where the Orthodox Action was located which was founded by Mother Maria.

Ghislaine Fonladosse, Deputy Mayor of the 15th arrondissement responsible for cultural heritage and new technologies, offered the idea to name a street after the heroic Russian nun in Paris. According to the diocese, the local council voted unanimously in favor of this decision.

In 1943 Mother Maria was arrested by the Gestapo of Paris. She died at the Ravensbruck concentration camp in March, 1945. According to a legend, she voluntarily went to a gas chamber to save another person.

In 2004 the Patriarchate of Constantinople canonized Mother Maria as a great martyr.