The Birthday of Love 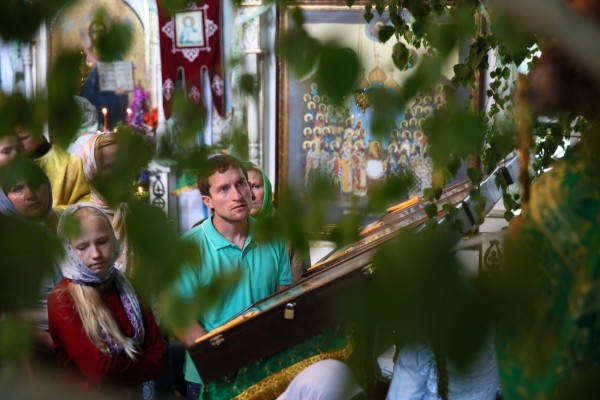 37 On the last day, that great day of the feast, Jesus stood and cried out, saying, “If anyone thirsts, let him come to Me and drink. 38 He who believes in Me, as the Scripture has said, out of his heart will flow rivers of living water.” 39 But this He spoke concerning the Spirit, whom those believing in Him would receive; for the Holy Spirit was not yet given, because Jesus was not yet glorified. 40 Therefore many from the crowd, when they heard this saying, said, “Truly this is the Prophet.” 41 Others said, “This is the Christ.” But some said, “Will the Christ come out of Galilee? 42 Has not the Scripture said that the Christ comes from the seed of David and from the town of Bethlehem, where David was?” 43 So there was a division among the people because of Him. 44 Now some of them wanted to take Him, but no one laid hands on Him.

45 Then the officers came to the chief priests and Pharisees, who said to them, “Why have you not brought Him?”

46 The officers answered, “No man ever spoke like this Man!”

47 Then the Pharisees answered them, “Are you also deceived? 48 Have any of the rulers or the Pharisees believed in Him? 49 But this crowd that does not know the law is accursed.”

50 Nicodemus (he who came to Jesus by night, being one of them) said to them, 51 “Does our law judge a man before it hears him and knows what he is doing?”

52 They answered and said to him, “Are you also from Galilee? Search and look, for no prophet has arisen out of Galilee.”

12 Then Jesus spoke to them again, saying, “I am the light of the world. He who follows Me shall not walk in darkness, but have the light of life.” 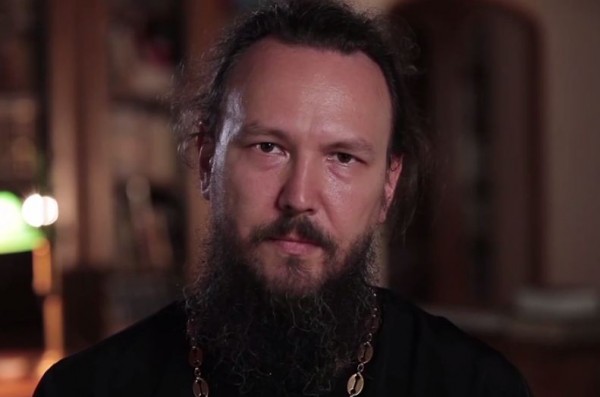 The reading of the Gospel we have just heard mentions the rivers of living water which will flow out of people who believed in Jesus.  And the Evangelists themselves explain what it actually means.  The Gospel is referring to the Holy Spirit Whom the faithful were supposed to receive when Jesus was glorified after His resurrection.

Today’s feast – the day of the descent of the Holy Spirit – is the day when the Church was born.  I’m not referring to the Church as an organization or as some kind of system uniting believers in Christ, but to the Church as the absolutely unique Mystical Body comprised of all those who heard God’s appeal, the appeal to sainthood, and followed the path designated by Christ the Saviour.

If we tried to express in one word what the Apostles experienced on the day when the Holy Spirit manifestly descended upon them under the guise of divided tongues of fire, a good choice of words would be “boldness.”

Only the day before, the Apostles were filled with confusion and fear; they were extremely depressed because everything they had been expecting and hoping for had gone wrong. Yet, all of a sudden, they are filled with such boldness that they go out into squares teeming with extremely hostile people and they perform obvious miracles: they raise the dead; they cure the terminally ill. And they were able to accomplish it all only because they understood that they no longer lived their own personal lives, but that, from now on, their lives constituted a part of the work of the Body of Christ.

These days, one may be inclined to think that present-day members of the Church no longer possess the same gracious gifts of the Holy Spirit that were manifested so abundantly during the first centuries of the existence of Christianity.  There are few who, by the Grace of the Holy Spirit, speak in tongues; few who are bold enough to perform miracles, much less, to raise the dead.

However, in reality, our Church possesses one gift that is much more necessary in today’s society than competing in the field of medicine or in some other area of modern life.  The Church has something that our contemporaries desperately need.  And what they need more than anything is love, warm, heartfelt, inspiring love that people cannot produce on their own.

For, when a person comes to Church and begins to participate in the Mysteries; when they confess and commune, when they begin to live their lives according to the way sanctified by the Church, there comes a point, very often unnoticed by the person in question, when they begin glowing with Divine Grace.

And it is the feast of the day when the Church was born as the body of Christ, living and acting till this very moment, till this very day, that we celebrate today.  Glory be to you, oh Lord, that we all live in Your Holy Church!

Translated from the Russian by by  Maria Nekipelov 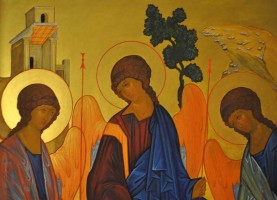 Is the Most Holy Trinity Involved…
Priest Aidan Wilcoxson

The best way to support others is to actually go to them in person. That’s the…