The Church to Get Through This As Well

Source: Pravmir (Russian)
Sergey Khudiev | 11 September 2018
As it became known, Patriarch Bartholomew of Constantinople appointed two bishops as his exarchs “within the framework of the preparations for granting autocephaly to the Orthodox Church in Ukraine”. Representatives of both the Ukrainian Orthodox Church and the Moscow Patriarchate, with which it is canonically in communion, have already criticized this decision as “a massive violation of its canonical territory”. 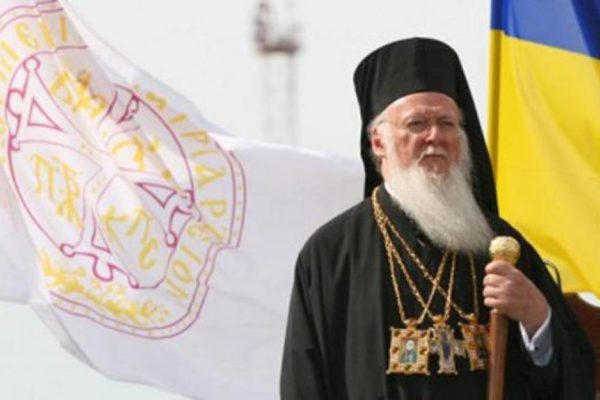 There are two concepts related to the leader qualities. Those are power and authority. They are not necessarily the same. Power is an ability to manipulate people and resources. Authority is an ability to inspire respect and trust. Herod I the Great had power, but no authority. Saint John the Baptist had authority, but no power. One can say that power is when there is force behind you, and authority is when there is truth behind you. 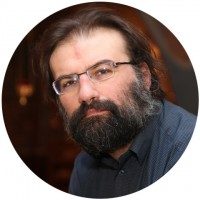 The acquisition and retention of power is a game played by politicians. It involves a variety of resources: big battalions, the media, special services, certain groups of supporters, and money, of course. A lot of money.

It is a game without rules, and it involves taking advantage of a rapidly changing situation. Today’s ally may be tomorrow’s enemy, and vice versa. Eternal, sacred alliances may be broken and replaced by others. Many thousands of human pawns may be sacrificed to provide a slightly better position in the negotiations.

Yesterday’s allies, hugging in front of the cheering crowds, may send each other to prison today. Of course, politicians even give speeches about humanity and truth in strict accordance with Machiavelli’s advice. However, if you watch the whole process for a while, the idea of looking for spiritual and moral guidance from politicians will not cross your mind.

Religious leaders are a different story. It is authority that is essential to them: people’s belief that they are faithful representatives of the tradition, on which behalf they speak, and that they themselves are wise and righteous people, who seek temporary and eternal good for all. Certainly, throughout history there have been religious leaders who have acted and continue to act exactly like politicians. However, it inevitably leads to the destruction of their spiritual authority.

From the politician’s viewpoint, the behavior of Patriarch Bartholomew (and his entourage) is quite natural: every politician, given the opportunity to increase his resources, will certainly do it. Taking advantage of a favorable situation is a matter of course for politicians. As one well-known politician said, “Yesterday was too early, tomorrow will be too late”. Securing a bridgehead in the territory consumed with disruption and chaos is something that Powers do just automatically. Later on, this bridgehead may be used to strengthen one’s influence further.

For a politician, considerations such as “whether this will help the advent of peace”, “how it will affect the people’s well-being”, and the more so “whether it will redound to the Church’s benefit and to the salvation of souls” do not and cannot matter. A politician fights for the interests: if there is a conflict between these interests and some religious and moral considerations, it will be resolved in the interests’ favor. These are the rules of a political game.

It is a different matter that for one of Orthodox Patriarchs, in fact, for a person who wants to look like the Orthodox world’s leader, such behavior is completely inconsistent with his high status. It is destructive to his authority.

Presenting oneself as a kind shepherd for the whole Orthodox world and treating the largest Orthodox Church in the same way as a politician treats a foreign and hostile nation is a situation that leaves very little room for any pastoral authority.

Playing on the side of secular authorities against the canonical Church, with which Fanar is formally in communion, stirring up conflicts and disruptions where they already exist, putting Orthodox people under impacts of nationalists while helping to justify their violence, and doing everything to strengthen one’s power and influence is the behavior that fits the image of the Machiavellian politician. However, matching it with the image of a wise and kind shepherd is, alas, impossible.

Constantinople could do the same. Moreover, Patriarch Bartholomew could do a lot of good to Ukraine and the Church and elevate his cathedra not with political games, but with an example of the wise and worthy behavior in the face of historical challenges. Sadly, he chose to be a secular politician, therefore, it is impossible to take his claims to Pan-Orthodox pastorate seriously.

We should remember that although the Church history has seen and would see a lot, the God’s promise, “I will build My church, and the gates of Hades shall not prevail against it” (Matthew, 16:18) remains immutable. The Church has gone through a lot. It will survive this as well.