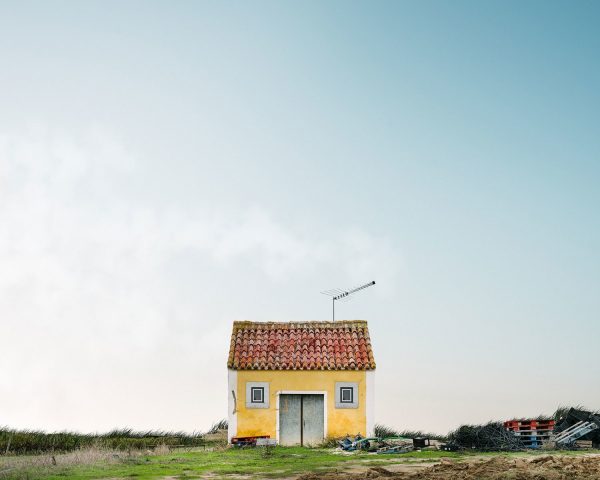 I am publishing this from the archives of the blog. During a time when many practice “social distancing” in the face of the Covid19 virus, we do well to think about the nature of what we have lost (temporarily). Individualism feels easy until loneliness begins to set in. I pray this will find you well and be of use.

I once read that the Russian instinct, when under pressure, was to gather with other people, while the American instinct was to flee. Thus, the Russian landscape was marked by villages, while America was marked with isolated homesteads. My Russian knowledge is just hearsay, but I know that Americans like to homestead and to be alone. The American suburb is not a village, it is streets filled with little homesteads, islands of isolation, affectionately known as “my castle.” Americans are also frightfully lonely.

I have served for some thirty-seven years in ordained ministry at six different parishes, and worked in the establishment of a handful of others. Everywhere I have ever served, the topic of “community” has been popular. The very popularity of the topic points to the poignancy of its absence. My thoughts are that community is simply too shameful for most to bear.

The Russian vs. American description (whether accurate or not) will serve to point to the problem. The Russian experience for many centuries was marked not only by the dangers of wolves and the like, but the much more fearful danger of marauding Tartars. Villages and cities were frequently terrorized by an enemy who could occasionally be placated with ransom payments, but very rarely defeated. This pattern continued for around 250 years and had profound effects on the shaping of culture. The American experience, similarly faced with a vast open land for settlements, was that of conquering rather than being conquered. They vanquished their foes (native Americans) and took their lands. The so-called “pioneer spirit” was exalted as a virtue, with stories of brave individuals rather than fearful villages.

Communities are not built by pioneers. They are rooted in mutual need and brokenness. Stanley Hauerwas has observed:

My hunch is that you don’t just make a community up. You discover that you need one another because you’re in danger.

The need, created by various forms of weakness, must be acknowledged and accepted. The “shame” associated with it must be borne by the community as a whole. Without that acceptance, there can never be sufficient safety for a community to form. And this, I think, is the largest obstacle to “community” in our American landscape. We need each other but are both afraid to acknowledge how and in what manner as well as being fearful of our own inadequacy in the face of others’ need. It is much easier to talk (and write) about community.

At two points in my life I have been hospitalized with depression-related symptoms. The details are of no public interest, but both experiences were profound. The first was a bust: the treatment was improper and I was far from ready to be there. The second was a complete reverse. I was more than ready to be there, and found myself within a community of treatment that was simply the safest place I had ever known in my life. It was incredibly diverse in every possible way, including the nature of the various diagnoses. We shared only occasional elements of religious belief. However, the need was extremely clear and vulnerability became a hallmark of most interactions. Its community was profound.

Part of the lore surrounding the American military is that our men do not die for their country. Instead, they die for the guy next to them in the foxhole. The real stories of real wars and real heroes are rarely shared outside of that circle of experience. They are both too shameful and too wonderful.

My parents were extremely nostalgic about both the Great Depression and World War II. They were born in 1924 and were shaped by those great events. When you questioned them, or listened to their stories, there were an abundance of “needy” tales. The poverty of the Great Depression as well as the shared inventiveness of its management sounded like adventures when I heard them. The war put an entire nation on an equal footing of shared sacrifice and need. There were shortages borne by all.

I was in England a few years back when a news story broke about a pub riot in Scotland regarding England’s national soccer team. An Englishman was killed, as I recall. It became a topic of conversation with the cabby who was of my father’s generation. “I can’t understand it!” he said. “We were in the war together!”

It was not the first time I have heard nostalgic comments about that wartime. Of course, it is about a kind of community, enforced by the magnitude of the need.

Our needs are no less great, even though the war is so much less obvious. Privately, even secretly, we are all running short of something, and have just come from one emotional bombardment or another. I see the British war memes almost everywhere: “Keep Calm and Carry On.” They still speak to the soul.

The Church is, first and foremost, a community. It is, indeed, the primary community, the communion of God and humanity in Christ. We often think about it as a community of “faith,” imagining that it is our shared beliefs that bind us together. And, of course, having failed at any number of points to keep calm and carry on, our faith wanes, or falters, and we feel isolated and excluded. We fear to speak of the alienation.

A careful study of St. Paul’s letters makes it clear that we are saved not by our strength (or even our common faith): we are saved by our weakness. Grace is only truly complete and in its fullness in our weakness (2 Cor. 12:9). Strangely, we fear that our weakness (in its various manifestations) will drive others away. In truth, if others are not with you in your weakness, they are not truly with you. We gladly celebrate our strengths, and place great store by our perceived talents. Those things bring us awards and congratulatory attention. But we do not enter into communion through such things – they do not reside in that faculty of the heart where communion can be found. The communion we have with Christ is, strikingly, through His shed blood and His broken body. In a similar fashion, our capacity for communion lines up most closely with that which is most vulnerable – and hence – always very close to the places of our own wounds.

I think that the lived reality of God’s-grace-in-our-weakness is largely absent in contemporary Christianity (of every sort). It is, I think, one reason why we are all given over to such boasting. I will easily be misunderstood when I say that Orthodoxy is the worst of all Christian groups. I mean by this, that we carry the burden of 2,000 years. An honest study of those years should remove any temptation to triumphalism. Someone might ask, “Then why be Orthodox?” I can only answer that I need it and that I have chosen to enter communion with the weakness of the Church through the ages.

The Church in Jerusalem was founded in a shared, common weakness. Its first gatherings were behind locked doors. They had arguments (Thomas). They had failures (Ananias and Sapphira). They argued over doctrine (gentiles) and ministry (neglecting Greek widows). They were prone to factionalism (Corinth) and false teaching (Galatians). The dire warnings contained in the seven letters within Revelation were written to Orthodox communities. There is no historical evidence that the Church learned from its difficulties in the first century and outgrew its problems. It has never(!) been other than it was then.

I can only bear witness that cowering behind locked doors, I have encountered the risen Christ. The sooner we learn to speak the truth about ourselves to one another, and to confess our abject poverty before Christ, the sooner we will know the only community that will ever exist: founded in need, and filled with God.