Divine Liturgy at Christ the Savior Cathedral preceded the opening of the Council where all the participants prayed. Presiding over the Church Council, in accordance with the Regulations of the Russian Orthodox Church, is the Patriarch of Moscow and All Russia. 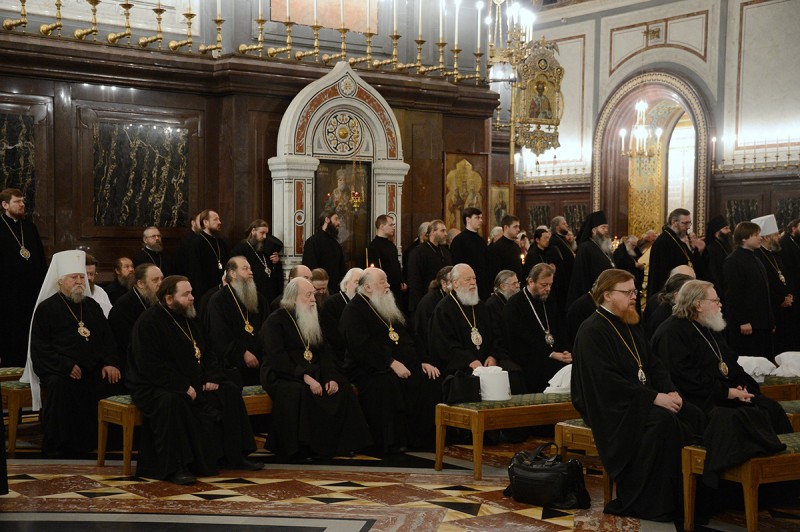 The Council of Bishops includes diocesan bishops and their vicars, individuals heading Synodal institutions and theological seminaries or those who have canonical jurisdiction over their parishes. In accordance with the Regulations of the Russian Orthodox Church, other vicar bishops may participate in the meetings of the Council with non-voting status.

A moleben was performed before the plenary session of the council. His Holiness Patriarch Kirill of Moscow and All Russia read the beginning prayer.

The attendees adopted the regulations and agenda of the Council and confirmed the mandate, editorial and counting committees, and elected the Council’s secretary.

His Holiness Patriarch Kirill read the keynote address covering the life and work of the Russian Church before the Council.

The Council will draw attention to draft documents prepared by the members of the Inter-Council Presence:

Press Service of the Council of Bishops