The Day of the Family, Love and Fidelity celebrated in Serbia for the first time

Source: DECR
Natalya Mihailova | 07 July 2015
On July 5, 2015, the Day of the Family, Love and Fidelity was celebrated for the first time at the Belgrade representation of the Russian Orthodox Church. 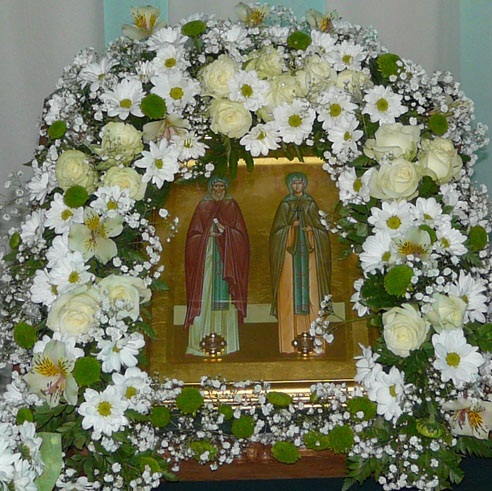 It is the feast established on the commemoration day of the Most Orthodox Prince Petr and his five Fevronia, patrons of the family and marriage. The celebrations were organized by the Russian House and the ROC Belgrade representation.

The Divine Liturgy on that day was celebrated by His Holiness Patriarch Irenaeus of Serbia at the church of the Holy Trinity.

After the liturgy, Patriarch Irenaeus presented the Serbian Church’s Medal ‘For Love and Fidelity’ to married couples who had lived in marriage for over 25 years and became models of the traditional Orthodox family.

The Day of the Family, Love and Fidelity was established on the initiative of the Murom townspeople in 2008 and supported by Svetlana Medvedeva, the wife of the Russian Prime Minister Dmitry Medvedev. The establishment of this feast was approved by the Interreligious Council in Russia and supported by Russian regions. Today it is widely celebrated in all the cities in Russia and in the world.