The early Christians called their faith not a religion, but the Good News, which it was their purpose in the world to spread and proclaim. They knew and believed that Christ’s resurrection was not merely the occasion for an annual feast, but the source of powerful and transfigured life. What they heard whispered, they shouted from the housetops
Protopresbyter Alexander Schmemann | 18 April 2012 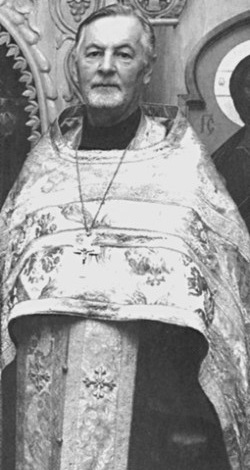 In the days that follow Easter, I repeatedly and involuntarily return to the same question: if the unprecedented affirmation “Christ is risen” contains the entire essence, depth, and meaning of Christian faith; if in St. Paul’s words “your faith is in vain” if Christ has not been raised (1 Cor 15:14), then how does it make a difference here and now in our life, in my life? Another Pascha has come and gone. Once again we experienced that amazing night, the sea of burning candles, the growing excitement; there we were, once again, in the midst of a service of radiant joy, whose entire content was like one exultant hymn: “Now all is filled with light, heaven and earth and the lower regions. Let all creation celebrate the rising of Christ. In him we are established.” What joyful, victorious words! Everything is united: heaven, earth, the underground kingdom of death. The whole world participates in this victory, and in Christ’s resurrection discovers its own meaning and affirmation.

But it passes, the night is over, the celebration ends, we leave the light and return to the world, we descend back to earth and reenter the normal, everyday, sober reality of our life. And what do we find? Everything is the same, nothing has changed, and it seems that nothing, absolutely nothing has any connection whatsoever to the song we heard in church, “Let all creation celebrate the rising of Christ. In him we are established.” And now doubt begins to creep into our soul. These words, so beautiful, so sublime – more beautiful and sublime than any other words on earth – could they be just an illusion, a dream? Soul and heart drink passionately of these words, but cold reason says: dreams, self-deception! Two thousand years have gone by, and what have these words been able to do? Where is their power? Where is their victory? My goodness, how often Christians see this and just hang their heads and don’t even try to fit all the pieces together. Leave us alone, they seem to tell the world, let us have our last precious possessions, comfort and joy! Don’t interfere as we proclaim in church, behind closed doors, that the whole world exults. If you won’t interfere with us, we won’t interfere with you as you construct, direct, and live in this world any way you please… 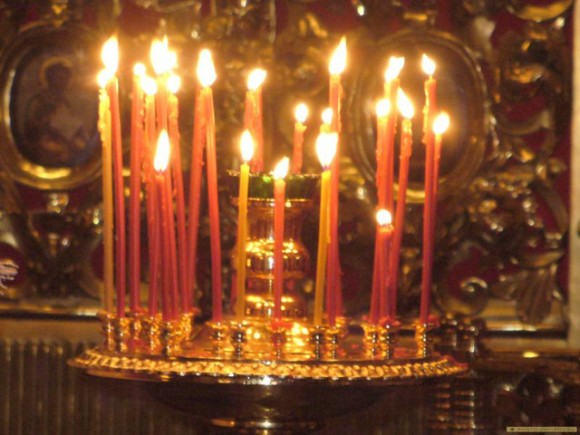 Yet, in the deepest corner of our conscience, we know that this timidity and minimalism, this inner escape into a mystical and secret celebration is incompatible with the authentic meaning and joy of Easter. Either Christ is risen or He is not risen. One or the other! If He is risen (and why else have a paschal exultation that fills the entire night with light, triumph and victory?), if at a decisive and unique moment in human and world history, this unheard of victory over death actually occurred, then everything in the world truly has become different and new, whether people know it or not. But then we, as believers, as the ones who rejoice and celebrate, are responsible that others should know and believe, that they should see, hear and enter into this victory and this joy. The early Christians called their faith not a religion, but the Good News, which it was their purpose in the world to spread and proclaim. They knew and believed that Christ’s resurrection was not merely the occasion for an annual feast, but the source of powerful and transfigured life. What they heard whispered, they shouted from the housetops (Mt 10:27)…”Yes, but what can I do,” my sober and realistic reason responds. “How can I proclaim or shout or witness? I, who am just a powerless little grain of sand, lost among the masses?” But this objection by reason and “sound mind” is a lie; perhaps the most terrible and demonic lie of today’s world. This world has somehow convinced us that strength and significance come only through large numbers, multitudes, the masses. What can one person do against everyone else? Yet it is right here, in opposition to this lie, that Christianity’s fundamental affirmation must be brought into the open with all its force and incomparable logic. Christianity affirms that one person can be stronger than everyone else, and this affirmation is precisely the good news of Christ. Consider these remarkable verses from Boris Pasternak’s “Garden of Gethsemane”:

He renounced with no hostility,

As if returning property on loan,

This is truly the image of Christ: a man with no authority, no hostility, no earthly power whatsoever. One man! Forsake, betrayed, cast aside by all. But victorious Pasternak continues:

You see, the march of centuries, like the walk to Emmaus,

Can set the hearts alight along the road.

Because of its terrifying majesty

In voluntary suffering I descend into the grave.

I descend into the grave

And on the third day will arise,

And as rafts upon the river float,

So to me for judgment,

As barges in a convoy,

The centuries, out of the darkness, will come drifting by…

“Can set hearts alight along the road…” In this “set hearts alight” we find the key to answering the doubts of sober reason. What would happen if each of us who has experienced resurrection joy, who has heard its victory, who has come to believe what it has accomplished, unknown to the world, but in and for the world; if each of us, forgetting about large numbers, multitudes and masses, were to transmit this joy and this faith to just one other person, were to touch just one other human soul? If this faith and joy were secretly present in every conversation, even the most unimportant, in the sober realities of our daily life, they would immediately begin, here and now, today, to transfigure the world and life. Christ said, “The Kingdom of God is not coming with signs to be observed” (Lk 17:20). The kingdom of God comes with power, with light, with victory, each time every believer and I carry it with us from the church into the world, and begin to live by it in our own life. Then everything, at all times, at every minute “can set hearts alight along the road…”

Source: The Torchbearer, the newsletter of St. John of Damascus