You Belong Here – And It’s Beautiful

Source: Glory to God for All Things
Archpriest Stephen Freeman | 04 May 2019 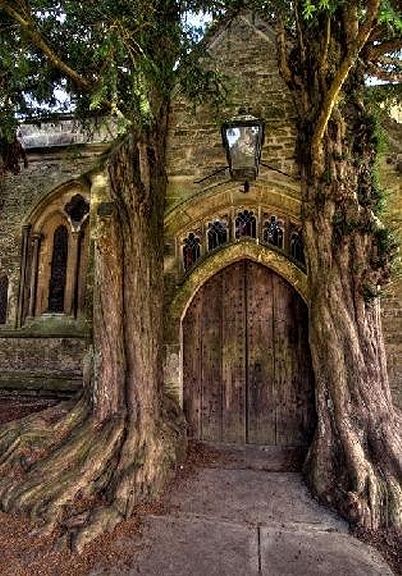 Among the most uncomfortable feelings is that of “not belonging.” It is one of the forms of shame, for, when we do not belong or are “out of place,” we feel exposed and inherently vulnerable. It is not a feeling that we sustain for any length of time without engaging in behaviors designed to make it go away.

Strangely, this is an aspect of ugliness (in its many forms). Just as we would likely argue about the meaning of beauty (as a word or concept), so “ugly” would come up for similar treatment. The etymology of the word is found in the Old Norse, ugga, “to dread.” The “ugly” is something that doesn’t belong and presents a dreaded challenge to the world around it. It is little wonder that we spend time being sure that we at least look like we belong.

I get the occasional phone call from someone who wants to visit the Orthodox Church for a first time. Among their questions will be concerns about proper clothing or proper behaviors. We want to visit, but we would prefer not to look like tourists or give offense. We do not want to be ugly.

All of this goes much deeper than mere social anxiety. Beneath it is a drive towards Beauty Itself that is rarely acknowledged. From St. Dionysius the Areopagite:

[God is Beauty.] This Beauty is the source of all friendship and all mutual understanding. It is this Beauty … which moves all living things and preserves them whilst filling them with love and desire for their own particular sort of beauty. For each one, therefore, Beauty is both its limit and the object of its love, since it is its goal … and its model (for it is by its likeness to this Beauty that everything is defined). Thus true Beauty and Goodness are mixed together because, whatever the force may be that moves living things, it tends always towards Beauty-and- Goodness, and there is nothing that does not have a share in Beauty-and- Goodness … By virtue of this reality all creatures subsist, united and separate, identical and opposite, alike and unlike; contraries are united and the united elements are not confused … By virtue of Beauty-and- Goodness everything is in communion with everything else, each in its own way; creatures love one another without losing themselves in one another; everything is in harmony, parts fit snugly into the whole … one generation succeeds another; spirits, souls and bodies remain at the same time steady and mobile; because for all of them Beauty-and-Goodness is at once repose and movement, being itself beyond both. Divine Names, IV, 7 (PG 3,701)

It is a commonplace in the Eastern Fathers (and some in the West) to recognize a triad of Truth-Beauty-Goodness. They are treated as virtually interchangeable, even if they can be distinguished. That which is true is beautiful and good. That which is good is true and beautiful. That which is beautiful is true and good. All of this is contained in God’s earliest pronouncement regarding creation, “It is good.” What God created is good and true and beautiful. Everything has its place and relation to everything around it and all have their beginning and their end in God, who is Truth, Goodness, and Beauty.

A very essential part of this teaching is deeply affirming of that which exists. A few decades back, there was a popular lapel button that declared, “God doesn’t make junk.” As a bit of self-affirmation, it was quickly reduced to something trite. Nevertheless, it is true and a very intricate part of classical Christian understanding.

At our deepest core, we are formed and shaped according to the image of God. Not only are human beings created in such a manner, but all of creation has an existence that is good as well (and true and beautiful). In creation, things “fit.” They have a “right relationship” with one another.

This inherent understanding is properly applied to how we interact with creation itself. There is no living within an ecosystem without having an impact. We were created to have an impact (as does the Sun, the Moon, the trees, and everything else). However that impact can become “ugly” when it so distorts the order of relationships that terrible disturbances occur. When fish die off from poisoned waters, or a species is harvested to the point of extinction, we have ceased to live as beautiful human beings and have become a source of ugliness. Sin is ugly.

We are able to “house-train” a dog, because its instinct is not to soil its own den. The training consists of making a dog think of the entire house as its den. In the Old Testament, there were commandments for ancient Israel regarding human waste and its separation from the camp in which they dwelt. This commandment was explained in terms of holiness (which is beautiful) rather than sanitation. When such a regard for beauty is ignored, people die, often in epidemic proportions.

Such practical applications of beauty are easy to understand. They can, however, be extended to much larger concerns. There are many faces of ugliness in our present world – all of them symptomatic of the sin that mars our lives. We should understand that the desire for beauty, in all its forms (including order, cleanliness, justice, health, etc.), is an innate part of our existence. This is not just our own existence, but that of the whole creation. Without intervention, nature constantly strives towards a state of beauty in which all of its parts relate seamlessly with one another. The Greek term for creation in this perspective is “kosmos.” This is the world that is orderly and beautiful. (It is ironic that the artificiality of modern “cosmetics” has stolen this word for its own use).

I can imagine a criticism that would emphasize the evil and darkness that infect our world and argue that beauty, truth and goodness are mere fantasies and wishful thinking. The refutation of such an assertion is quite simple. There is no doubt about the character and ubiquity of evil in our world – but it is unnatural. The world in which we live is utterly driven and drawn towards wholeness, wellness and right order. Even in disastrous areas such as Chernobyl, animals and plants have not disappeared. Life refuses to disappear and tends towards adaptation and survival. Given time, all will be well.

Darwin’s “survival of the fittest” seems to have suited the mentality of his own century. With European colonialism at its height, it was easy to assume that the strongest (the “fittest”) were meant to rule the world, and there were plenty of leaders who cited his work as a justification for their projects of evil. It is a very weak theory and has nothing to say about truth, goodness and beauty, matters that seem to consistently triumph over the merely brutal.

Regardless of how we understand God’s work in His creation, the goodness, truth and beauty of the Logos, and its manifestation in all created things, is inexorable. God is gathering all things into Himself (Ephesians 1:10). For us, this is also a matter of deep belonging. We were created for beauty, for truth and goodness. That which distorts our lives and drives us into the shame of an ugly outcast is being destroyed. It has no true existence and has no proper claim over our lives. You belong in the beauty of the world.

My beloved speaks and says to me:
“Arise, my love, my beautiful one,
and come away…”