Source: Pravmir.ru
Natalya Mihailova | 15 October 2015
The family of Archpriest Alexander Ilyashenko, chairman of the editorial board of “Orthodoxy and the World” and rector of the Church of the All-Merciful Savior in the former Joy of All Who Sorrow Convent, was awarded the order of “Parents' Glory.” 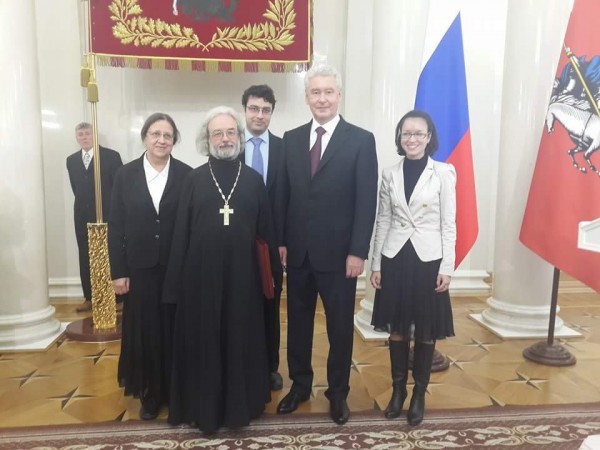 Moscow mayor Sergei Sobyanin presented the “Parents’ Glory” awards and medals to twenty-two large families in the capital on behalf of the Russian President on October 1, 2015.

According to TASS, forty-two parents, who had a total of 130 children, received the awards.

In the family of Fr. Alexander and Maria Ilyashenko are twelve children: six sons and six daughters, and already thirty-nine grandchildren.

The Russian President established the order of “Parents’ Glory” on May 13, 2008. It is given to parents and adoptive parents who have seven or more children. It was first awarded to such a family in January 2009.