The first gift given to Christian people was the right of direct appeal to God, the right to address God with the familiar “Thou.” Today it seems natural to us that the religious person would pray to God. But in the pre-Christian world praying to God was impossible.
Protodeacon Andrei Kuraev | 09 January 2012

The first gift given to Christian people was the right of direct appeal to God, the right to address God with the familiar “Thou.” Today it seems natural to us that the religious person would pray to God. But in the pre-Christian world praying to God was impossible. One had to pray to a lord: in pagan theology the supreme god was inaccessible, or powerless, or even resting in idleness. The world was governed by private and diverse “lords” – by usurpers or “deputies.”

If pagan peoples permitted themselves to appeal to the supreme god of heaven only as their “last chance during the worst disasters,” Christians were given the right of daily communion with Him. We appeal to the Creator of the galaxies with petitions for our daily bread. The simplest peasant woman can address an appeal to the Lord of all worlds, that He (the Absolute One, at the thought of Whom philosophers grow numb!) help her gather her potatoes.

Christians saw God as Father. Not as a cold cosmic law, but as a loving Father. 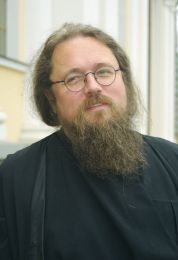 People Should Have the Right to Dissent

Christians proposed distinguishing between ideological tolerance and civil tolerance. People should have the right to dissent, to debate, to a harsh appraisal of opposing views. The state should not interfere in such debates. “For religion is to be defended, not by putting to death, but by dying… For if you wish to defend religion by bloodshed, and by tortures, and by guilt, it will not longer be defended, but will be polluted and profaned. For nothing is so much a matter of free-will as religion” (Lactantius, The Divine Institutes, 5.20).

The demand for freedom of conscience is a gift brought into people’s lives by the Christian martyrs.

Man Rises Above the World

Christianity allowed people to look at themselves differently. The most important change in human self-understanding came when Christianity rejected what would seem a self-evident thesis of pagan philosophy. From the pagan point of view, man is a part of nature, a “microcosm” – a small working model of the universe.

Christianity was able to go against the obvious. Byzantine theologians proclaimed that man was rather a “macrocosm” placed in a “microcosm,” because, encompassing in himself everything in the world, he also bears within himself something that the rest of the world cannot contain and does not possess: the image of God and Divine grace, grace-filled Divine sonship, reason, personality, and conscience.

Nikolai Berdyaev remarked, in his polemics with Marxists, that only from a Marxist point of view is man a part of society. For a Christian, society is part of man, for in fact much in man is determined by his social background, status, and social experience. Yet man cannot be reduced to all the influences on him, neither from his past nor from his environment.

Even Herzen understood the extent to which he owed his liberal philosophy to Christianity: “The human person, lost in the civil relations of the ancient world, grew to some unattainable height, redeemed by the Word of God. Christian identity stood higher than the collective identity of the city; its infinite identity was opened to it – the Gospel solemnly proclaimed human rights, and for the first time people heard who they were.”

The Gospel’s call to repentance proclaimed that man is free from identification with himself, his environment, and his past. It is not my past, through the present, that determines my future, but rather my choices today. There is a gap between my past and my present moment of choice. Which link of the chain of causality stretching to me from the past will be joined in me now depends upon my choice. That which was in my past can remain there, while I can become different.

If man is a part of nature, then he cannot evaluate his behavior by any other criterion than that of nature. But natural phenomena are not subject to moral justice. Thus was born the Kantian proof of the existence of God. Nothing in the world can act freely except for man. This means that man is something greater than the world. Man is free, which means that his existence is richer than the world of causality; man is free, which means that it is “morally necessary to recognize the existence of God.”

Christianity has returned to people the ability to admire the sky, stars, clouds, and sunsets. In pagan religions every natural phenomenon had a name and a biography. And inasmuch as natural phenomena were concerned, the characters of these myths were as extra-moral as natural disasters. They were beyond good and evil. If a given subject was connected in mythology with a particular deity, that meant that when encountering this subject memories of these deities and their actions would inevitably come to mind.

Now we can simply look at the sunset and sunrise. Our non-believing contemporaries simply admire the spectacle, and their hearts are filled with poetic feelings akin to religious ones. Christianity said that the stars have no biography, just as a light bulb has no biography. Neither blood nor lust is seen through the heavens.

Christianity Created the Conditions for the Birth of Science

Christianity created the necessary conditions for the birth of science. Scientific astronomy is possible only under the condition that the stars cease being gods. Laws describing the fall of a stone to the ground must be applied to the movement of the stars. In order to decide upon this without being punished (like the ancient Greek philosopher Anaxagoras), it was necessary that society and the dominant religion agree to see “rocks” in the stars, and not the souls (or bodies or eyes) of the gods.

In the Renaissance, magic, alchemy, and occultism once again burst into the realm of high culture and became considered acceptable ways of understanding the world. In response, the Western Church, awakened by the slap of the Reformation, replied with “witch hunts,” the Inquisition, and the endorsement of a mechanistic view of the world. The scientific world-view was supported by the Church, which was in dire need of an ally in the battle against the common enemy of occultism.

The Lesson of Eschatological Ethics

To the extent that Christianity has been repressed from societal, cultural, and university life, the old shadows have begun to thicken once again. It again has become fashionable to merge all religions into one, involving Christians in pagan games. Most alarming of all is that discussions about religious pluralism and tolerance are once again being spoken with such steely vocal intonations that Christians have begun to feel themselves on the verge of new persecutions.

This is yet another lesson of Christianity: the ability to live, build, and work even when you know your sanctuary will be destroyed. This is the lesson of eschatological ethics. We know that one day we will become completely estranged from the world of official and popular culture. We know that the horizon of human history is draped in darkness (the name of this darkness in Christian theology is the “kingdom of the Antichrist”). But this is no occasion for despair.