Why Does God Allow Bad Things to Happen? 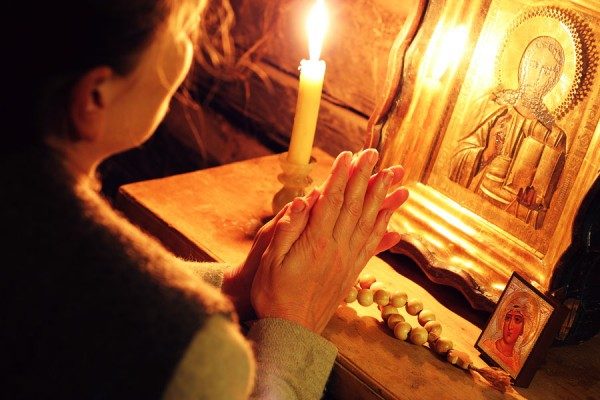 We hear about a blind man that the Lord was walking past along with His disciples. And an interesting question was put to the Lord Jesus. His disciples asked “Rabbi (teacher), who sinned, this man or his parents, that he was born blind?” That is a really fascinating question.

When bad things happen in our life, or when we see tragedies, we are often inclined to think that someone must have done something wrong to deserve the bad thing that happened to them. This is one of the reasons that I love some of the stories of the saints such as the story of St. Athanasius of Mt. Athos. He was this holy man who loved God and all the people and he died during a construction accident while the dome of his church was being built. What is all the more interesting is that God prepared him for this event by speaking to him beforehand. Another example is St. Artemius who was killed by a lightning strike at the age of 12. Many people believed at that time that this must have been God’s judgment on the boy, but in later years they found his body perfectly incorrupt and whole and many miracles were worked by his body after his physical death. And before we say that such things are not possible according to the Scriptures we should read 2 Kings 13 and see what the body of a saint is capable of doing.

When something bad happens, we often assume that God caused it to happen in order to punish the person or group. But often that is not the case at all. So we see that the disciples ask a question that is part of our nature to ask. And we see that it is ok to ask questions. You should feel comfortable asking questions but you should be careful about assuming the answers. The disciples want to know if and why God punished this man with his blindness. I have found that this is often the way that people deal with troubles and difficult circumstances of life. They will say things like “I’m not sure what I’ve done to deserve this.” But the remarkable answer that we see in the lives of these saints we just mentioned and in the words of the Lord Jesus is that sometimes these things happen in order for God to show His marvelous works through them.

The disciples could see a man who was born without eyes, but they could not see past that. For them, the only reality was the man’s blindness. That was the end of the story. But for the Lord Jesus, what appears to be an end, may just be the beginning of the story. And we see this in His own life. If you were an observer to the events that happened on one terrible Friday in Jerusalem around the year 33 ad you would think that the crucifixion of Jesus upon the cross as a common criminal was the end of the story. Indeed, that is exactly what the disciples thought. But for the Lord Jesus, the Son of God, what appears to be the end, can in actuality be the beginning or the start of a new story. We know this story, we are living this story.

Jesus tells us that “It was not that this man sinned or His parents, but that the works of God might be made manifest in him.” This should give each of us hope! You may be going through difficult circumstances in your own life, but that does not mean that God is punishing you. St. John tells us that God is love. God is not going around looking to cause harm to others. He is love. He seeks us in order to love us and to do good to us and for us. The reason why God might be allowing tough situations in your life is to show you His works through those events. He is able to help us and change our situations. He is able to take a situation that looks hopeless and add a new chapter to it. So have faith in God, don’t despair. God may use your situation or your life to strengthen your faith and glorify His name.

The man who was born blind did not know that God had allowed all of this to occur so that it might be for his benefit and the benefit of those who would see it. With this miracle the Lord could not only bring sight to one man, He could bring spiritual sight to many more. After all, the prophet Isaiah foretold that the long awaited messiah would bring sight to the blind! And this was the most dramatic possible healing. The man born without eyes, is healed by Christ and returns with eyes and can see! Even more than this, the man now has spiritual vision.

He has knowledge of the identity of Christ, he sees the truth. What a blessing he received! Can you imagine his joy? He had gone all of his life without ever seeing a single thing and yet now he could see much more than most because he could see that Jesus was the Christ, the Son of God. He receives full sight while we see that the Pharisees do not acknowledge the miracle. They don’t believe that such a miracle is possible and they certainly do not believe that Jesus of Nazareth could have done it. So who is really blind?

In actuality, the Pharisees are blind to what God is doing in their midst. Even their reading of Scripture is uninformed and darkened. They claim to be students of Moses but what did the Lord Himself say about that? “You search the Scriptures for in them you think you have eternal life, but these are they which spoke of Me.” It is the very words of Moses and the rest of the prophets that should have prepared the Pharisees for the Lord, but they were confused, blinded by such acts of love. They tried to constrain the love of God and force it to act within their predetermined boundaries. They could not understand a miracle being performed on the Sabbath day. But who are we to enforce the rules on God Himself? Who are we to limit God’s love?

As Christians we have to be careful not to limit what God can do in our lives or in the lives of others. We can have abundant faith, abundant hope and abundant love and we can believe that God is capable of doing anything at any time because He is a God without limits. He makes what is impossible, possible. When you truly believe this, you will be like the man in today’s gospel and receive full sight. That is sight and vision that can never ever be taken away from you. May God give us the ability to clearly see the light of the world! Christ is risen!

The Law Came Through Moses

The Reading from the Holy Gospel according to St. John. (9:1-38)  In today’s gospel reading from St. John…

The Church As House Of Mercy

The Reading from the Holy Gospel according to St. John. (5:1-15)  On this the fourth Sunday of Pascha…

Why Do We Call It Pascha?

Christ is risen! Indeed He is Risen! My beloved, we are now in the joyous season of Pascha.…

How Often Do We Come to…

Before the pandemic interrupted our lives and changed our patterns of behavior,…

Most viewed articles
How to Survive in Modern City. 8 Essential Conditions213
What a Caveman Said: To Perceive That Which Is Eternal107
The Reason Christ Revealed Himself82
Appeal for Help from the Church of the Mother of God in Austria82
Vandals Attack Serbian Church in Croatia77
Fire Destroys an Orthodox Church in Estonia77
The Church’s Birthday – on the Feast of Holy Pentecost58
How Often Do We Come to Church and Worship God?5
Most popular authors
Fr. Andrei Gavrilenko213
Pravmir.com team154
Archpriest Stephen Freeman107
Archpriest Geoffrey Korz82
Archpriest Georgy Kharlov82
Metropolitan Hilarion (Alfeyev)57
Priest Luke A. Veronis5
Maria Trushanina1