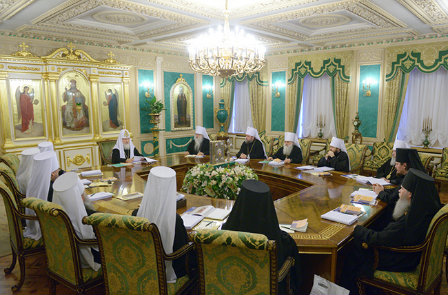 The Holy Synod members deemed it impossible to continue to be in the Eucharistic communion with the Patriarchate of Constantinople.

It is stated in particular that ‘to admit in communion the schismatics and a person anathematized by another Local Church together with all the ‘bishops’ and ‘clergy’ ordained by them, the encroachment upon somebody else’s canonical parts, the attempt to reject one’s own historical decisions and commitments – all this places the Patriarchate of Constantinople outside the canonical space and, to our great grief, makes it impossible for us to continue the Eucharistic communion with its hierarchy, clergy and laity.