The Joint Prayer of Muslims and Orthodox Christians: Violation of Canons or Expression of Love?

Archpriest Panayiotis Papageorgiou, Ph.D. | 25 November 2015
In early November, Pravmir.com published an article about the joint prayer of Muslims and Orthodox priests on the island of Lesvos, in which the Greek Orthodox and Arab Muslims turned their prayers to God to pardon the souls of the refugees who died in the Aegean Sea. The article met with mixed reactions from our readers. One was surprised, another enthused, and yet another mentally joined the prayer — but there were also fuming comments in which readers were outraged by the actions of the Greek priests, and wondered, "Did not the canons forbid us from,praying together with heretics?" We asked Protopresbyter Fr. Panayiotis Papageorgiou to comment on the action of the priests in Greece. 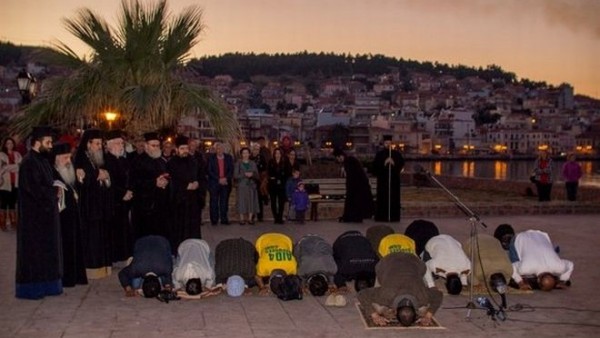 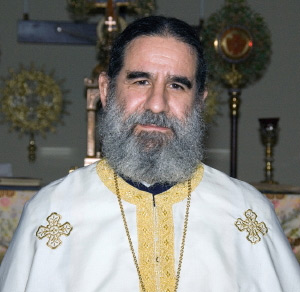 We are in the midst of a monumental humanitarian tragedy brought about by the unnecessary interferences of external powers in the Middle East. The rivers of refugees flooding Greece and the rest of Europe are creating unprecedented conundrums from a humanitarian-logistical perspective, threatening to permanently change the European continent demographically and religiously, and presenting security issues we have not seen since WWII, as was vividly demonstrated by the recent terrorist attacks in Paris.All of these issues spark reactions among people concerned about the situation, both East of the Atlantic as well as in the Americas.

The closer you are, of course, to any of these events, the more emotionally charged you can be. Those of us further away can have a less emotional and more rational response.

I try here to place myself on the Greek island of Lesvos where thousands of refugees arrive on makeshift boats on a daily basis and where people (men, women and children) are drowning off the shores of the island, their bodies being washed off onto its sandy beaches. A controversy recently arose in the media because some priests were seen praying with the refugees for their relatives who drowned.

The Orthodox Christian inhabitants of the island find themselves daily confronted by this immense human tragedy. They are faced with real human beings whose lives have been torn apart, whose children or spouses have been killed, who have no place to rest their head and no food to sustain their lives. The Orthodox Christians of Lesvos have to make a decision daily whether to offer them food and shelter, help them bury their dead, and treat them as creatures of God or not.

Of course, if they ever read the same Gospel as the rest of us (which in fact they hear in every liturgy in its original language) they must have read or heard “if you do this to the least of my brethren you have done it to me”. The natural reaction of every Orthodox Christian would be to try to help those in need, without asking them what religion they profess. You would want to hold the child that is crying, comfort the mother whose husband just drowned, provide food for the old man who cannot walk further because of exhaustion and malnutrition.

As a priest faced with this tragedy, I would be inclined to raise my hands to the Lord and ask for mercy for those who died, as well as those still alive. If they just pulled out their dead from the sea, I would be inclined to offer consolation to the families by turning to God in prayer and supplication. Where else should I go? And if they choose to join me in prayer asking for the same things, should I stop them, because I will be violating a Canon. Is Orthodoxy reduced to a set of rules? Isn’t Love what Christ showed that should always be the rule of our lives?

I am a priest of the Awesome God who created the Universe. I am a priest for all His Creation. I pray for the Creation, the environment, trees and animals, even the pets of my parishioners. I even pray for inanimate objects, their cars, bicycles and homes. Shouldn’t I also pray for a person, who was made in the image of God, who is meant for salvation and the Kingdom of God, even if they are not a Christian at this point? If I am surrendering these people to the hands God in prayer and asking for His mercy and protection, am I compromising my faith in the True God (the Holy Canon prohibiting prayer with heretics is warning against compromising the True Faith). If through my prayer, I witness my faith and show His power through my love for them, am I compromising the Faith? And if the Love of Christ, which I witness to them inspires them to pray with me or right after me in the way they know, would that be a bad thing? Would God be offended, if I lead others to turn to Him in prayer as they understand Him?

It is my conviction that we, as Orthodox Christians, especially those of us who received the power of the Holy Spirit through Ordination, have a major role to play in the world as sanctifiers, vessels of Grace, witnesses of the True God in Christ, witnesses of His transforming Love. This witness is not only for our flock entrusted to us, but for the whole universe, to all nations, to all humanity, even to those who enslaved us at times, even to the enemies of God. 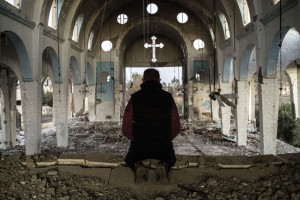 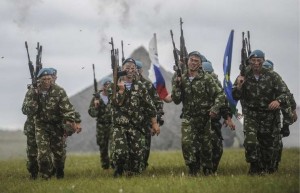 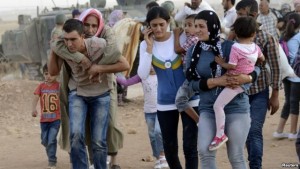