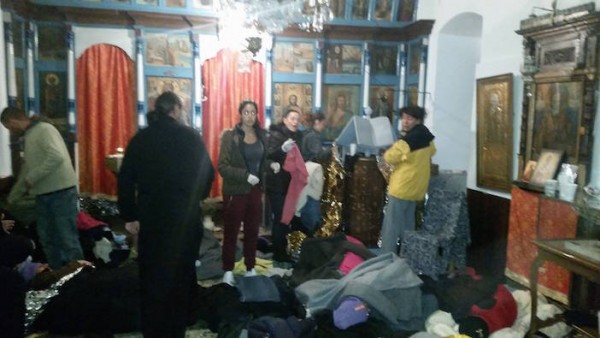 “Jesus Christ would be proud of what is happening on Lesvos,” Maria Vasilakopoulos told The Pappas Post in a telephone interview. Following a deadly 72 hours that saw thousands of arriving refugees trying to beat the onset of winter weather and dozens drowning, the entire island has mobilized to assist— including numerous churches whose priests have (literally) opened church doors for ailing, wet and cold refugees. 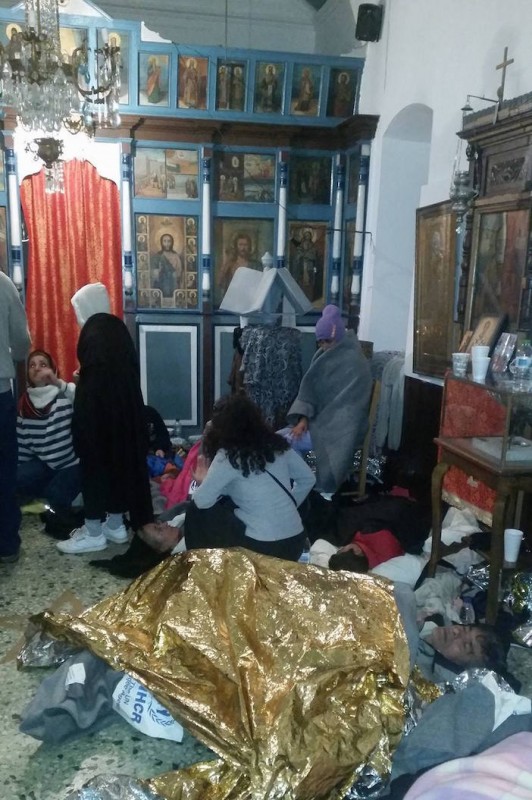 Helen Zahos, another volunteer from Australia who raised $20,000 for supplies and medicine via a crowdfunding campaign shared images with The Pappas Post of what she saw unfolding inside the churches, which became make-shift shelters and hospitals.

“Bunches of sick people inside the churches,” Helen said, adding that “Even the priest was helping and his wife was running back and forth with cups of tea for the wet and cold refugees.” 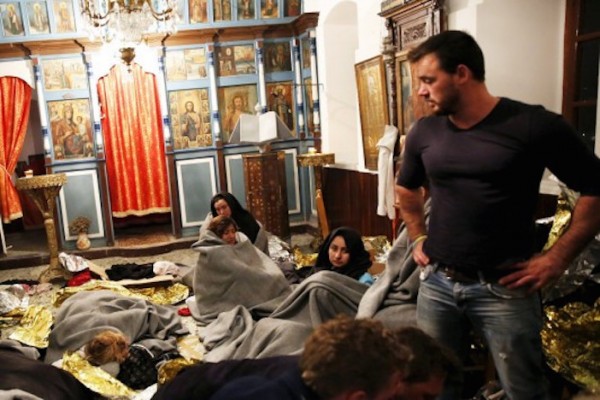 Less experiences more pain and suffering than usual over the past 72 hours with a major accident off its shore taking place when a boat with an estimated 300 refugees capsized.

Several people drowned, including children and infants while more than 240 were plucked from the ocean by volunteer lifeguards and the Greek coast guard.

“On the island (of Arki), there may be no priest, but we couldn’t not celebrate the Protectors of…