The Management of the Soul 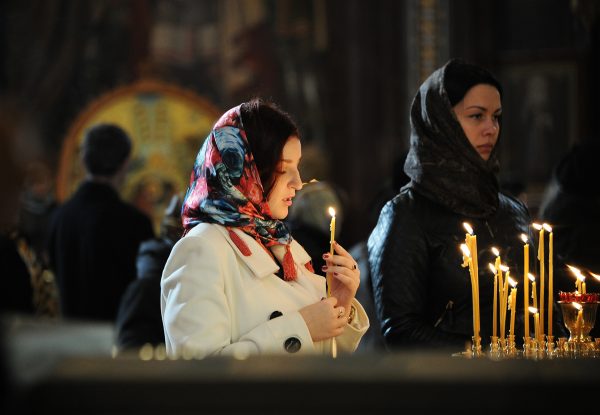 How many psychologists does it take to change a lightbulb: One. But the lightbulb really has to want to change.

I like lightbulb jokes. Occasionally, as in the example above, they contain wisdom as well as humor. There was once a famous ad that said, “A mind is a terrible thing to waste.” It’s also a really hard thing to fix. Even when someone really wants to be well, the path from neurotic illness (or worse) to something better can be difficult and slow. There is no “hood” (“bonnet” if you’re English) that can be lifted so that the nuts and bolts of a mechanism can be adjusted. The complex of chemicals, electrical signals, and things for which we have no words or science do not yield themselves to easy understanding, much less management. Those who work in mental health fields do their work based on similarities between cases. But, since every human being is unique, this process never reaches the level of a “refined” science. Sometimes it works. Sometimes one therapist can do a good job while another cannot, even when they agree on the diagnosis. It’s hard work.

The spiritual life carries even greater difficulties. That which takes place in our lives is, in its greatest part, a work of grace. The smallest part is the “yes” we offer to God. But even this tends to over simplify the mystery of salvation. Frequently, we look at our spiritual lives as if we knew what was “supposed” to be going on. When (or if) it fails to appear, we assume we have done something wrong, or that God is not cooperating, etc. We imagine theosis to be observable and measurable. Perhaps so, but often not.

In the lives of saints (depending on who writes them), we can of miracles and dramatic signs of grace. Frequently, such things are extrapolated to our own lives – and we despair. For fifteen years, St. Silouan endured an emptiness and torment of soul that would make a deep depression seem but a minor thing. There are interviews with monks who lived in the same monastery and thought there to be nothing special about him. One boasted of drinking with him from time to time (not a sin). Seen from the outside, St. Silouan was just an average monk. And, if seen from St. Silouan’s own point of view, he could have been judged a psychological mess. But, we understand in the reality of hindsight and all that has made known since, he was among the greater saints of the 20th century.

The ”hidden work” that God accomplishes in the lives of many saints is not some secret which the saint keeps from the rest of us – it is a secret hidden from the saint as well. St. Silouan’s fifteen-year spiritual torment followed an unguarded statement by a confessor who marveled as his spiritual achievements! The least helpful thing in Silouan’s life was to be made aware of what was being done within him.

We are the culture of “selfies.” We not only want to see how we look, we want to know how we’re doing. We analyze ourselves, measure ourselves, compare ourselves, judge ourselves, in all of which we imagine ourselves to be doing something useful. Modernity is dominated by the image of progress. We have internalized this notion and made it the model and form of our self-awareness.

In 1922, the Frenchman, Émile Coué, proposed the phrase, “Every day, in every way, I’m getting better and better” (“Tous les jours, à tous points de vue, je vais de mieux en mieux”). It remains a popular mantra for self-help gurus. It may or may not be true. The notion is that auto-suggestion can become a self-fulfilling prophecy. It is modernity as prayer.

This same mantra could be taken as a parody of how some view the work of theosis. We do well to take warning from St. Silouan’s single experience of praise for his spiritual life. I do not mean that we do not need encouragement – we do. But awareness of our “progress” is likely to be worse than deadly. The spiritual life, and particularly that which we call theosis, cannot and must not be measured or compared. It is Peter walking on the water. Everything is fine until you notice that you’re walking on water!

How would we measure theosis, were we to undertake something so foolhardy? Would it be by noting that we “sin less?” Strangely, I can think of no saint whose self-awareness is described as “sinning less.” It’s always quite the opposite. I could imagine the suggestion that theosis be measured by whether we know God more. But, given that the knowledge of God is infinite, “more,” is an almost meaningless concept. In truth, there are no measures in these matters. The notion of “progress” in theosis is simply the wrong question.

There is, of course, St. Paul’s image:

And we all, with unveiled face, beholding the glory of the Lord, are being transformed into the same image from one degree of glory to another. (2 Cor. 3:18)

This is easily pulled out of context and placed in an imaginary progressive setting. Instead, we should read the whole passage and see St. Paul’s complete meditation.

For God, who said, “Let light shine out of darkness,” has shone in our hearts to give the light of the knowledge of the glory of God in the face of Jesus Christ. But we have this treasure in jars of clay, to show that the surpassing power belongs to God and not to us. We are afflicted in every way, but not crushed; perplexed, but not driven to despair; persecuted, but not forsaken; struck down, but not destroyed; always carrying in the body the death of Jesus, so that the life of Jesus may also be manifested in our bodies. For we who live are always being given over to death for Jesus’ sake, so that the life of Jesus also may be manifested in our mortal flesh. So death is at work in us, but life in you. (2Cor. 4:6-12)

The “treasure” of this glory is found in “jars of clay.” Indeed, “Death is at work in us.” Paul describes something that can only be seen when the “veil” is removed. That veil remains in place for those who see and judge according to an outward standard. To a large extent, we ourselves are often more aware of the clay jars than the treasure they contain.

In my experience as a confessor over the years, I have seen no good come from trying to judge or measure progress in our lives. In a culture that is enthralled to the “self” (a false construct if ever there was one), it is almost certain that the attention we give to perceiving progress is nothing more than feeding an inner delusion. In blunt terms, “Who cares?”

The proper attention of the spiritual life is God as we know Him in the face of Jesus Christ. On a primary level, this attention is expressed as we keep the commandments given to us by Christ.

Whoever has my commandments and keeps them, he it is who loves me. And he who loves me will be loved by my Father, and I will love him and manifest myself to him.” Jn 14:21

This is not an approach to God through “the law.” The commandments of Christ are a true icon of Christ. All that He asks of us – love of God, love of neighbor, love of enemy – are images of His own character and face. He can be seen “in the least of these my brothers.” But the question, “I am loving my neighbor/enemy more?” is beside the point, a nurturing of a false consciousness. Love them now. Everything else is vanity.

Our culture forms and shapes in each of us the heart of a “manager.” We want to control, to shape, to predict, to compare, to direct, etc. Such a heart has a habit of reducing its world to the things that can be controlled, shaped, predicted, compared and directed. It diminishes human beings as well as the world in which we live. It has no place in the life of the soul.

The word “frontier” has long been associated with certain aspects of American mythology. “Frontier Days” is short-hand for…

I have often used the example of riding a bicycle as an image of knowing God. There’s no difficulty learning…

The 1984 film, Amadeus, tells the story of the child genius, Mozart. IMdB describes it in this manner: The…

Most viewed articles
Last Man Standing158
Saint Macrina the Younger as a Model for our Lives108
Christ Forgives and Heals98
Metropolitan Onuphry: People Get Strength for Life and Salvation in the Church49
Metropolitan Hilarion Speaks on Whether It Is Possible for ROC to Reunite with Old-Believers22
Turning Trials Into Hope19
Most popular authors
Archpriest Geoffrey Korz158
Protopresbyter Fr. George Papavarnavas108
Fr. Theodore Stylianopoulos98
Pravmir.com team68
Fr. James Guirguis19