The Meaning of St. Seraphim for Modern Man

On this day, on which we commemorate both the repose of St. Seraphim of Sarov – who passed into eternal life 180 years ago today – and the second finding of his sacred relics (in 1991), we offer the following reflection by Professor Alexei Ilyich Osipov of the Moscow Theological Academy and Seminary. 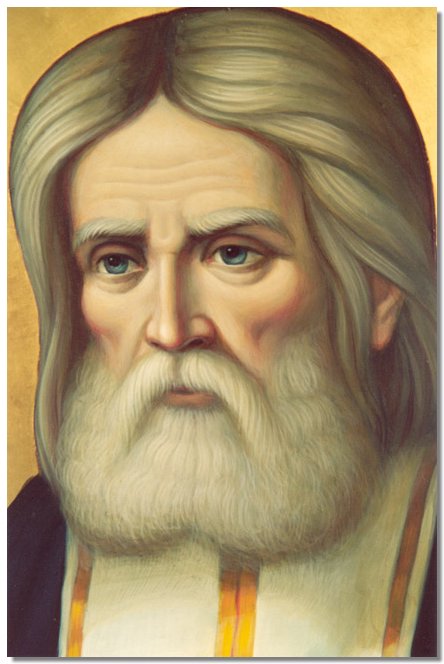 The meaning of St. Seraphim for modern man, it seems to me, lies first of all in the fact that we can see a real-life example of what man is capable of achieving even within our frightful conditions of life.

Why do I put it this way? Because the first third of the nineteenth century, practically speaking, differed little from our own era, at least in terms of its spirit, its direction of life, and its state of mind.

You will recall the impact that the Enlightenment, the public figures of this era, and the French Revolution had on the educated part of Russian society, especially after the War of 1812, during the Alexandrine era. Our own era and that era have a very great deal in common. We see that even in such times can someone – if he is sincere and expends sufficient effort – can attain astonishing heights of the spiritual life, heights that one does not often encounter even during the time of the ancient Church. This is foremost.

Next, and of no small importance, is the image of St. Seraphim, which shows us how this spirituality was made manifest. After all, we often have the distorted notion that spirituality is exclusively a matter of self-seclusion, having no communion with the world, being concealed somewhere far away, and not being made manifest in any way.

St. Seraphim of Sarov shows that, as it turns out, one does indeed need reclusion and silence in order to achieve anything – he did, after all, spend five years in silence and nearly ten years in reclusion; one does indeed need to plunge very deeply into oneself and one does need ascetic struggle. It is only upon this foundation that one can go out and become a beacon and true preacher of Christ in our world.

The time when he was beaten by three peasants shows the level of his spiritual life. We would not be able to endure this, but he not only endured it but, as you will recall, when they wanted to convict these peasants he said: I will leave the monastery and go into hiding if you convict them. He showed what Christian love is to people who were his mortal enemies, since they had wanted to kill him – and they thought that they had killed him.

At the same time, he showed something else: that Christian life is nothing other than that precious treasure that, once man has opened it, will give him the greatest good he could possibly have on earth.

His words “Christ is Risen!” and “Rejoice!” – along with his teachings about this – all witness to the joy that he had within his soul. For the spirit creates forms for itself, and this joy in his soul was expressed outwardly; the love that he had within him was also expressed outwardly. I am telling you that this is enormously significant: in the image of St. Seraphim we see what Christianity is. By his example, he showed that this religion opens up to man that treasure, the Kingdom of God, which is hidden in the soul of every single person. He showed that we can find this treasure, that we can open it up, and that we can take hold of these riches that lie within us. It is in this that I see the enormous significance of St. Seraphim for modern man. 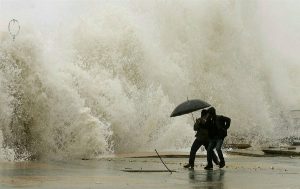