Source: DECR
Natalya Mihailova | 11 August 2015
On 3-9 August 2015, the 9th World Congress of the International Council for Central and Eastern European Studies took place at the Kanda University of International Studies in the city of Makuhari, Japan. 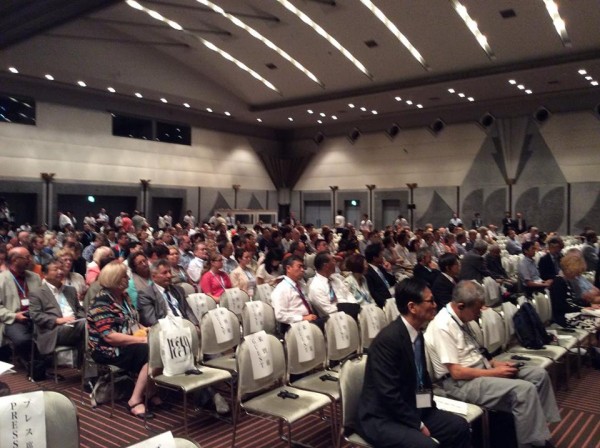 Founded in 1974, the International Council for Central and Eastern European Studies (ICCES) is the global alliance of national associations for Slavic and Eurasian studies. Among its members are organizations from the USA, Great Britain, Germany, Finland, Austria, China, Japan, Korea, Mongolia, and other countries. Every five years the ICCES holds international congresses, bringing together leading academics from all over the world.

With the blessing of Metropolitan Hilarion of Volokolamsk, chairman of the Department for External Church Relations of the Moscow Patriarchate, staff members of the DECR Secretariat for Inter-Orthodox Relations, deacon Feodor Shulga and Mr. Dmitry Petrovsky, took part in the congress.

The congress programme included over 450 panel sessions, round table discussions, presentations and other meetings dedicated, among other things, to ecclesiastical issues.

During one of the panel sessions, Mr. Dmitry Petrovsky told the participants in the congress about the cooperation between the Russian Orthodox Church and governmental authorities of the People’s Republic of China, aimed at normalizing the situation of the Chinese Autonomous Orthodox Church. Deacon Feodor Shulga spoke on the situation of the Ukrainian Orthodox Church under the current political circumstances in Ukraine. The DECR staff members took an active part in the discussions that followed.