The Mother of God

Some of you may remember that the word 'humility' comes from the Latin humus, the fertile ground. Humility is not a condition which we try to ape by saying that we are unworthy, that we are not as good as others imagine us to be - if they do. Humility is a condition of the earth, lying completely open and surrendered: the earth which is open to all actions, of mankind, of the rain, accepting the refuse and accepting the furrow and bringing fruit, surrendered, offered and given.
Metropolitan Anthony of Sourozh | 06 April 2010

Source: The Site of Metropolitan Anthony of Sourozh 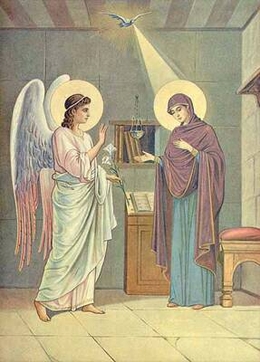 It is not always easy to speak of the Mother of God to Christians whose tradition may find little or no place for Her in worship or in prayer. To begin by talking about the theology of the Incarnation leads quickly to the heart of the matter, but is likely to be counterproductive. In this sermon, preached at the University Church of Great St Mary’s, Cambridge, on 19 May 1985, a different approach is used: we are introduced to the person, to Mary as an example of what it means to be a Christian and a child of God. Surely this is the proper introduction to one whose fiat made salvation possible for us all.

Metropolitan Hilarion: Archbishop of Cyprus can…

According to the Orthodoxia News Agency, Archbishop Chrysostomos II of Cyprus has…